Devin Nunes, who briefed the President on the alleged surveillance of Trump transition team, was named to the team himself Nov. 11th, 2016 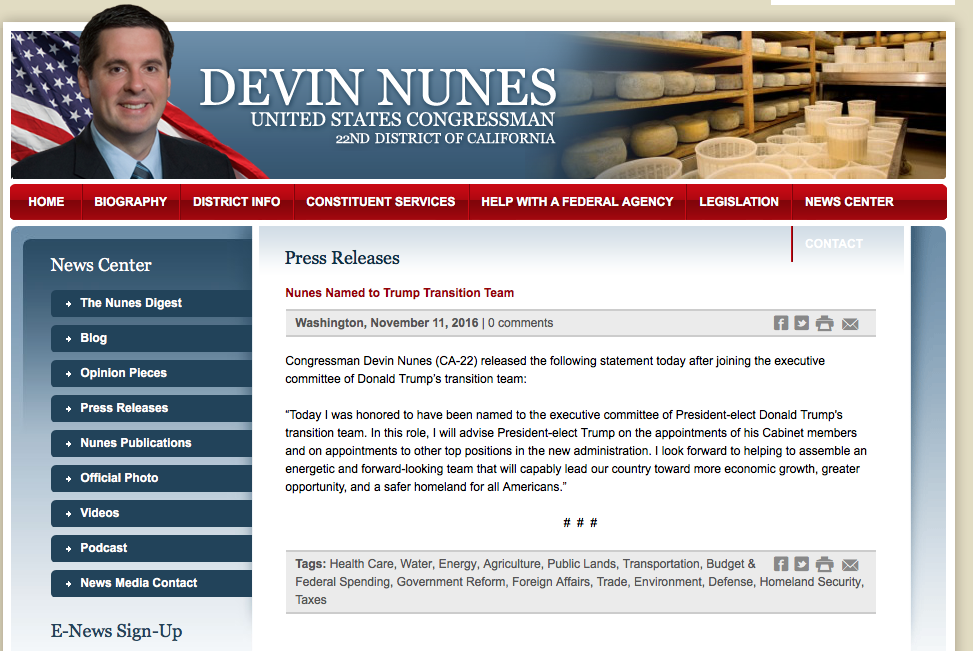 In an unprecedented move today, House Intelligence Committee Chairman Devin Nunes (R-CA) went to The White House and, in a unilateral meeting, briefed President Trump on classified information which he told reporters was part of the surveillance of Trump transition team members.

“This is a normal, incidental collection, based on what I could collect,” Nunes said. “This appears to be all legally collected foreign intelligence under” the Foreign Intelligence Surveillance Act.

The President later told reporters that he was “somewhat” vindicated by what Nunes told him.

What’s unknown at this point is whether Rep. Nunes, himself who was named to the Trump team on November 11th, was the object of that alleged surveillance.

Moments ago Rep. Adam Schiff, the ranking member on the committee, called Rep. Nunes’ actions, “extraordinary” and raised question about whether the bi-partisan investigation of the Trump-Russia campaign connections could move forward. 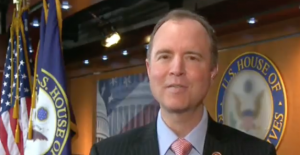 Mr. Schiff said that Mr. Nunes’s meeting with the President today “castes quite a profound cloud over our ability to do our work. I have to think that most of the members of the House want a bi-partisan investigation to be done. But this is not the way to do it.”

“Right now the country is counting on us because in the House of Representative, we’re the only investigation there is,” said Mr. Schiff. “If we don’t do it, no one is going to do it. Now, perhaps the White House would like to have it that way. But the American people want a credible investigation and if we’re not going to conduct it then we’re going to need an independent commission to do it.”

He went on further to say this: We have no idea where these documents came from; whether they even show what they purport to show. But there’s no evidence to support the President’s contention that he was wiretapped by his predecessor. I’m not sure what the point of this extraordinary process is and I have to  hope that this is not part of a broader campaign by the White House aimed to deflect from the Director’s testimony earlier this week.”

Text of Press Release on Nunes’ appointment below:

“Today I was honored to have been named to the executive committee of President-elect Donald Trump’s transition team. In this role, I will advise President-elect Trump on the appointments of his Cabinet members and on appointments to other top positions in the new administration. I look forward to helping to assemble an energetic and forward-looking team that will capably lead our country toward more economic growth, greater opportunity, and a safer homeland for all Americans.”

Devin Nunes, who briefed the President on the alleged surveillance of Trump transition team, was named to the team himself Nov. 11th, 2016 added by Peter Lance on March 22, 2017
View all posts by Peter Lance →