NYT: Where Women’s Marches Are Happening Around the World

Hundreds of demonstrations around the world are being planned for Jan. 21 in conjunction with the Women’s March on Washington, which is expected to be the largest inauguration-related demonstration in United States history. 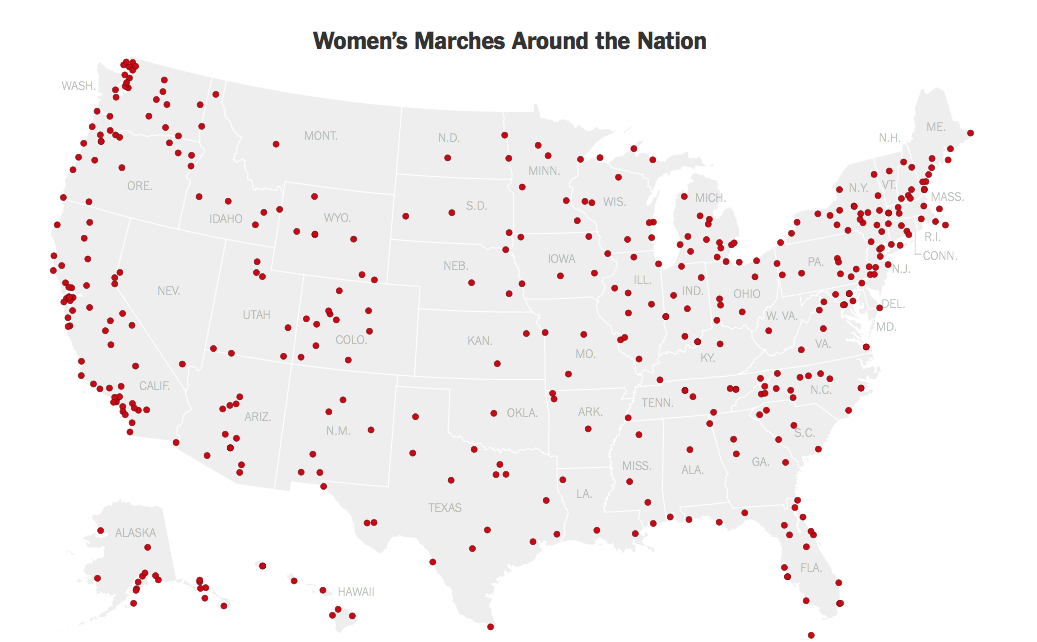 An estimated 200,000 people could join the march in Washington, which will begin at 10 a.m. Eastern time at the intersection of Independence Avenue and Third Street SW. Participants will travel to Washington from all over the country, with many arriving by bus.

March organizers have said the event’s primary focus is to promote equal rights for women and to defend marginalized groups. “The Women’s March on Washington will send a bold message to our new government on their first day in office, and to the world, that women’s rights are human rights,” the group’s website says.

More than 200 organizations have signed on as partners for the march, including Planned Parenthood, the NAACP, the National Organization for Women and Human Rights Watch. Cher, Katy Perry and Amy Schumer are among the celebrities who have said they will attend. 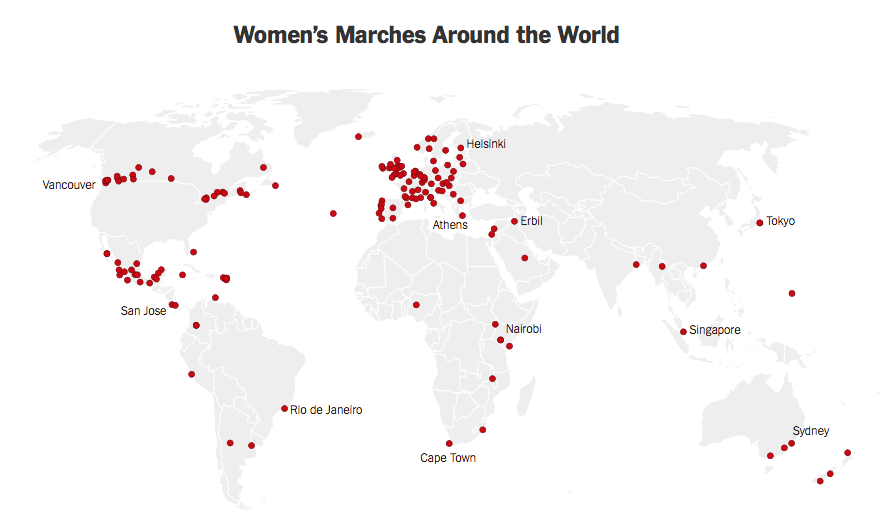 Participants outside the United States say they are marching in solidarity with American women and standing up for the rights of women in their own countries.

“The recent elections in the United States have shown how real the threat is to our collective rights and liberties,” says the Facebook event page for the Women’s March on Nairobi. The page for the London event, which 23,000 Facebook users have said they will attend, says, “we will march…for the protection of our fundamental rights and for the safeguarding of freedoms threatened by recent political events.” 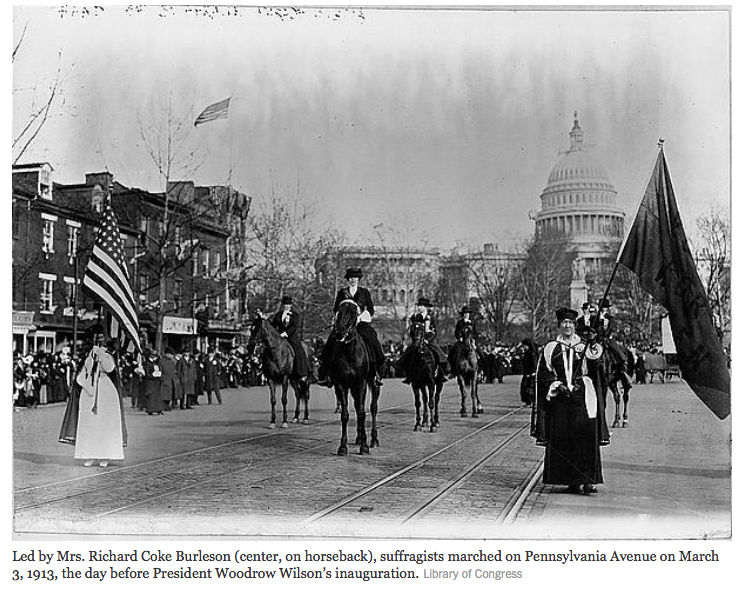 A previous women’s movement found success in an inauguration-related demonstration. The Women’s Suffrage Parade of 1913, in which an estimated 5,000 to 8,000 suffragists marched on Pennsylvania Avenue the day before President Woodrow Wilson’s inauguration, drew attention to the women’s suffrage movement as thousands of spectators in Washington for the inauguration witnessed the procession.

Historians consider the parade a major milestone for the movement to win women the right to vote. It is set to be depicted on the back of a redesigned $10 bill in 2020.

Traveling to Washington, D.C. for inauguration weekend? Here are some tips to help you plan.