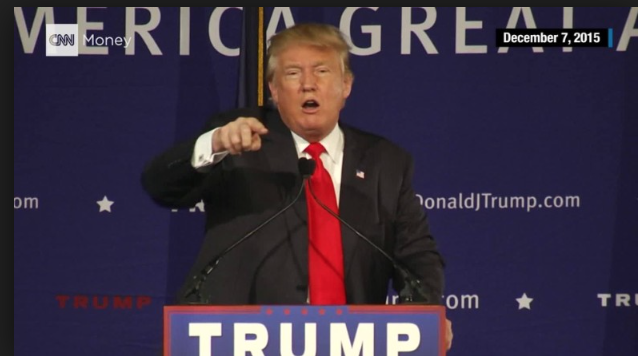 By JAMES RISEN DEC. 30, 2016  WASHINGTON — If Donald J. Trump decides as president to throw a whistle-blower in jail for trying to talk to a reporter, or gets the F.B.I. to spy on a journalist, he will have one man to thank for bequeathing him such expansive power: Barack Obama.

Mr. Trump made his animus toward the news media clear during the presidential campaign, often expressing his disgust with coverage through Twitter or in diatribes at rallies. So if his campaign is any guide, Mr. Trump seems likely to enthusiastically embrace the aggressive crackdown on journalists and whistle-blowers that is an important yet little understood component of Mr. Obama’s presidential legacy.

Criticism of Mr. Obama’s stance on press freedom, government transparency and secrecy is hotly disputed by the White House, but many journalism groups say the record is clear. Over the past eight years, the administration has prosecuted nine cases involving whistle-blowers and leakers, compared with only three by all previous administrations combined. It has repeatedly used the Espionage Act, a relic of World War I-era red-baiting, not to prosecute spies but to go after government officials who talked to journalists.

Under Mr. Obama, the Justice Department and the F.B.I. have spied on reporters by monitoring their phone records, labeled one journalist an unindicted co-conspirator in a criminal case for simply doing reporting and issued subpoenas to other reporters to try to force them to reveal their sources and testify in criminal cases.

I experienced this pressure firsthand when the administration tried to compel me to testify to reveal my confidential sources in a criminal leak investigation. The Justice Department finally relented — even though it had already won a seven-year court battle that went all the way to the Supreme Court to force me to testify — most likely because they feared the negative publicity that would come from sending a New York Times reporter to jail.

“I am a strong believer in the First Amendment and the need for journalists to pursue every lead and every angle,” Mr. Obama said in an interview with the Rutgers University student newspaper. “I think that when you hear stories about us cracking down on whistle-blowers or whatnot, we’re talking about a really small sample.

“Some of them are serious,” he continued, “where you had purposeful leaks of information that could harm or threaten operations or individuals who were in the field involved with really sensitive national security issues.”

But critics say the crackdown has had a much greater chilling effect on press freedom than Mr. Obama acknowledges. In a scathing 2013 reportfor the Committee to Protect Journalists, Leonard Downie, a former executive editor of The Washington Post who now teaches at Arizona State University, said the war on leaks and other efforts to control information was “the most aggressive I’ve seen since the Nixon administration, when I was one of the editors involved in The Washington Post’s investigation of Watergate.”

When Mr. Obama was elected in 2008, press freedom groups had high expectations for the former constitutional law professor, particularly after the press had suffered through eight years of bitter confrontation with the Bush administration. But today, many of those same groups say Mr. Obama’s record of going after both journalists and their sources has set a dangerous precedent that Mr. Trump can easily exploit. “Obama has laid all the groundwork Trump needs for an unprecedented crackdown on the press,” said Trevor Timm, executive director of the nonprofit Freedom of the Press Foundation.

Dana Priest, a Pulitzer Prize-winning reporter for The Washington Post, added: “Obama’s attorney general repeatedly allowed the F.B.I. to use intrusive measures against reporters more often than any time in recent memory. The moral obstacles have been cleared for Trump’s attorney general to go even further, to forget that it’s a free press that has distinguished us from other countries, and to try to silence dissent by silencing an institution whose job is to give voice to dissent.”

The administration’s heavy-handed approach represents a sharp break with tradition. For decades, official Washington did next to nothing to stop leaks. Occasionally the C.I.A. or some other agency, nettled by an article or broadcast, would loudly proclaim that it was going to investigate a leak, but then would merely go through the motions and abandon the case.

Of course, reporters and sources still had to be careful to avoid detection by the government. But leak investigations were a low priority for the Justice Department and the F.B.I. In fact, before the George W. Bush administration, only one person was ever convicted under the Espionage Act for leaking — Samuel Morison, a Navy analyst arrested in 1984 for giving spy satellite photos of a Soviet aircraft carrier to Jane’s Defense Weekly. He was later pardoned by President Bill Clinton.

Things began to change in the Bush era, particularly after the Valerie Plame case. The 2003 outing of Ms. Plame as a covert C.I.A. operative led to a criminal leak investigation, which in turn led to a series of high-profile Washington journalists being subpoenaed to testify before a grand jury and name the officials who had told them about her identity. Judith Miller, then a New York Times reporter, went to jail for nearly three months before finally testifying in the case.

The Plame case began to break down the informal understanding between the government and the news media that leaks would not be taken seriously.

The Obama administration quickly ratcheted up the pressure, and made combating leaks a top priority for federal law enforcement. Large-scale leaks, by Chelsea Manning and later by Edward J. Snowden, prompted the administration to adopt a zealous, prosecutorial approach toward all leaking. Lucy Dalglish, the dean of the University of Maryland’s journalism school, recalls that, during a private 2011 meeting intended to air differences between media representatives and administration officials, “You got the impression from the tone of the government officials that they wanted to take a zero-tolerance approach to leaks.”

The Justice Department, facing mounting criticism from media organizations, has issued new guidelines setting restrictions on when the government could subpoena reporters to try to force them to reveal their sources. But those guidelines include a loophole allowing the Justice Department to continue to aggressively pursue investigations into news reports on national security, which covers most leak investigations. In addition, the guidelines aren’t codified in law and can be changed by the next attorney general.

More significantly, the Obama administration won a ruling from the Fourth Circuit Court of Appeals in my case that determined that there was no such thing as a “reporter’s privilege” — the right of journalists not to testify about their confidential sources in criminal cases. The Fourth Circuit covers Virginia and Maryland, home to the C.I.A., the Pentagon and the National Security Agency, and thus has jurisdiction over most leak cases involving classified information. That court ruling could result, for example, in a reporter’s being quickly jailed for refusing to comply with a subpoena from the Trump administration’s Justice Department to reveal the C.I.A. sources used for articles on the agency’s investigation into Russian hacking during the 2016 presidential election.

Press freedom advocates already fear that under Senator Jeff Sessions, Mr. Trump’s choice to be attorney general, the Justice Department will pursue journalists and their sources at least as aggressively as Mr. Obama did. If Mr. Sessions does that, Ms. Dalglish said, “Obama handed him a road map.”

James Risen is an investigative reporter for The New York Times and the author of “Pay Any Price: Greed, Power and Endless War.”