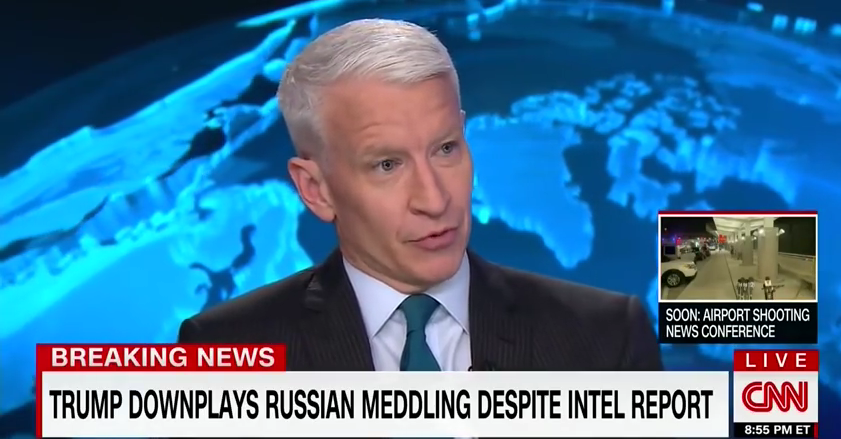 Cooper (to NYT WH correspondent Michael Shear) “I was surprised by this morning’s tweet… two Tweets about the ratings for “The Apprentice” and Arnold Schwarzenegger… It just seems to me incredible that the President-elect cares about the ratings of a stupid TV show he used to be on, that now somebody else is on that he’s still executive producer of…. Maybe he’s trying to distract people. Maybe he’s trying to goose ratings. I don’t know, but to me it says something about the man who’s about to assume… he’s probably the most powerful guy on the planet and he seems to genuinely care about the ratings of a TV show….

(to NYT reporter Maggie Haberman) I don’t know of anybody who’s ever been president who… is such a raw nerve of emotion that is so clearly visible to everybody, whether it’s anger or jealously or pride or boastfulness… He called himself a ratings juggernaut… today in one of those tweets or a ratings machine… I don’t think it matters but it’s a mirror to who this person is.