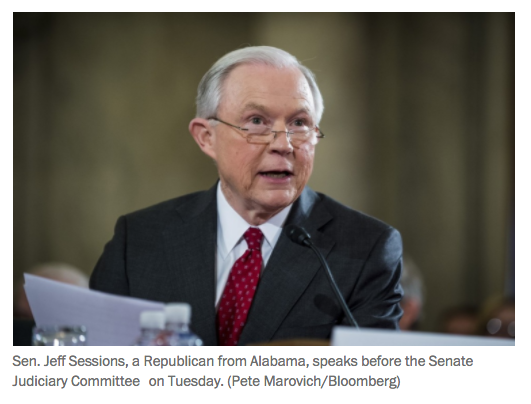 NOTE: the existence of the letter was first reported by BuzzFeedNews:

The widow of civil rights leader Martin Luther King Jr. urged Congress to block the 1986 nomination of Jeff Sessions for federal judge, saying that allowing him to join the federal bench would “irreparably damage the work of my husband,” according to the letter written by King that was previously publicly unavailable and obtained on Tuesday by The Post.

(Read the full letter below)

“Anyone who has used the power of his office as United States Attorney to intimate and chill the free exercise of the ballot by citizens should not be elevated to our courts,” King wrote in the cover page of her 9-page letter opposing Sessions’s nomination, which failed at the time.

“Mr. Sessions has used the awesome powers of his office in a shabby attempt to intimidate and frighten elderly black voters. For this reprehensible conduct, he should not be rewarded with a federal judgeship.”

In the letter, King writes that Sessions’s ascension to the federal bench “simply cannot be allowed to happen,” arguing that as a U.S. attorney, the Alabama lawmaker persused “politically-motivated voting fraud prosecutions” and that he “lacks the temperament, fairness and judgment to be a federal judge.” She said Sessions’s conduct in prosecuting civil rights leaders in a voting fraud case “raises serious questions about his commitment to the protection of the voting rights of all American citizens.”

“The irony of Mr. Sessions’ nomination is that, if confirmed, he will be given a life tenure for doing with a federal prosecution what the local sheriffs accomplished twenty years ago with clubs and cattle prods,” she wrote, later adding: “I believe his confirmation would have a devastating effect on not only the judicial system in Alabama, but also on the progress we have made toward fulfilling my husband’s dream.”

During the 1986 hearing, the letter and King’s opposition became a crucial part of the argument against Sessions’s confirmation. Current Judiciary Chair Chuck Grassley (R-Iowa) has not previously released the letter, which committee rules grant him the sole authority to reveal.

Buzzfeed News first reported the existence of the letter earlier Tuesday, noting that it was never entered into the congressional record by then-Judiciary Committee Chairman Strom Thurmond. 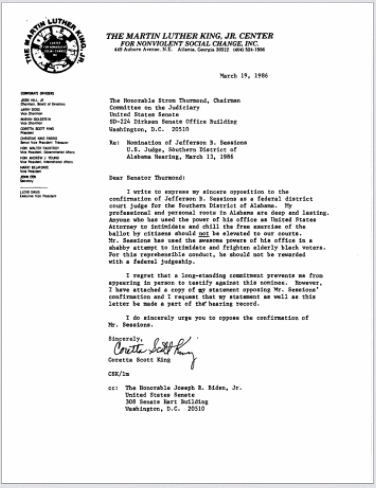 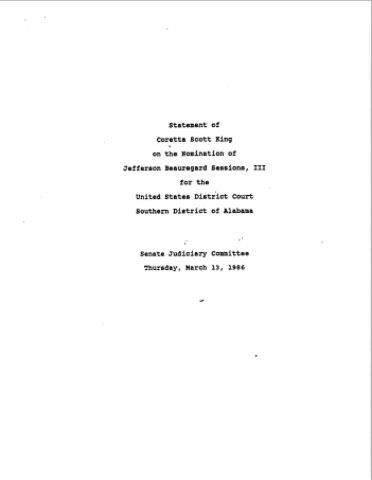 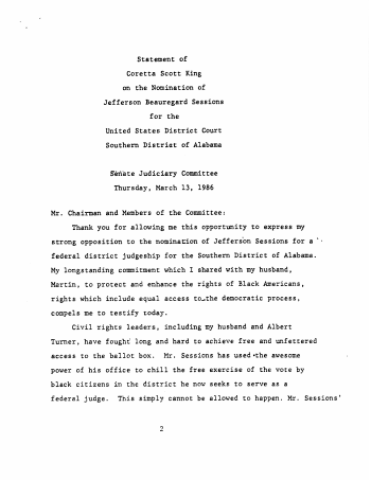 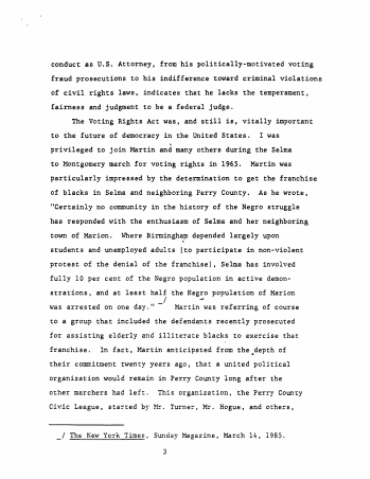 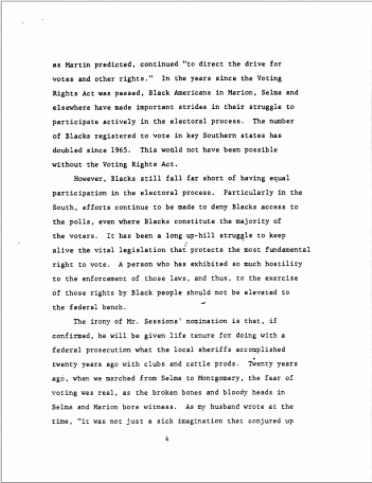 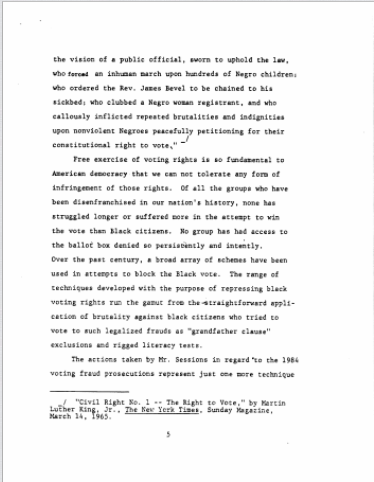 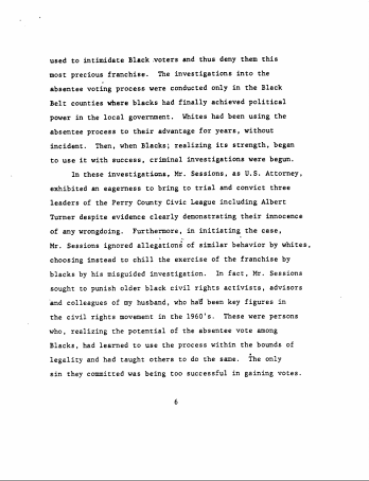 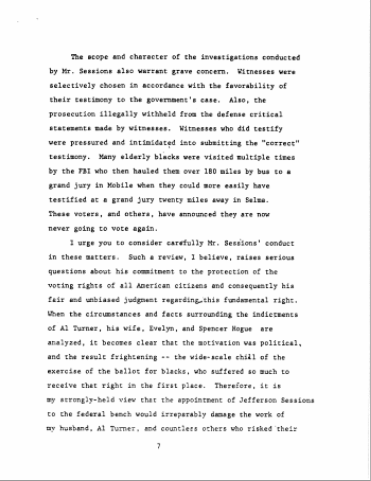 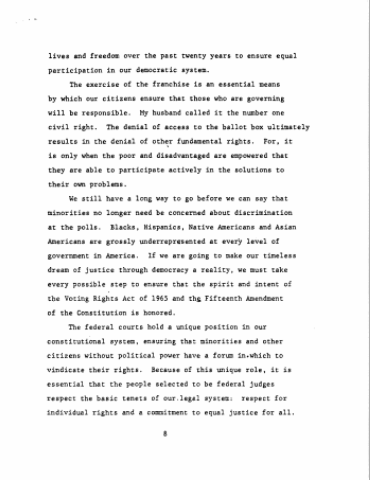 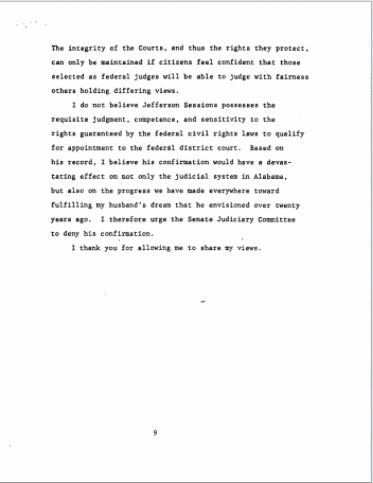