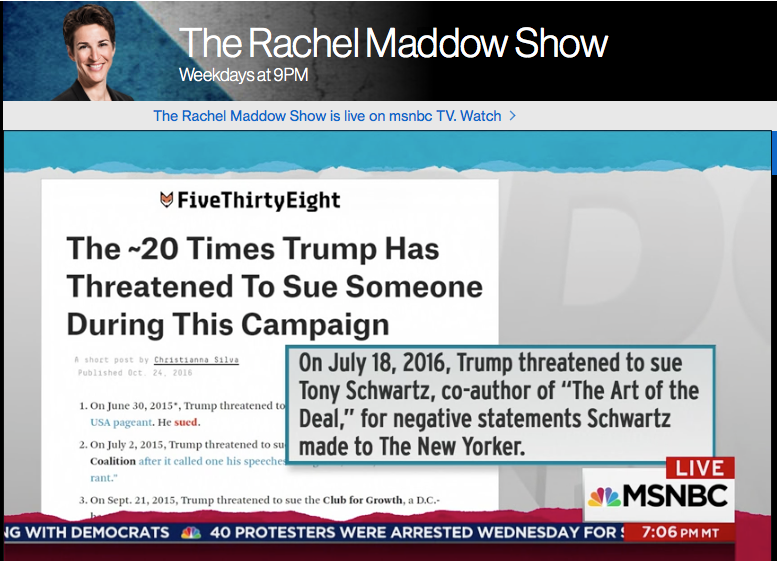 THE RACHEL MADDOW SHOW 6/28/17 Another empty Trump threat falls flat against Comey Rachel Maddow looks at evidence of Donald Trump’s long history of trying to intimidate people he doesn’t like with hollow threats of lawsuits, and notes the failure of his recent threat to file a complaint against James Comey as a setback in his attack on … more  Duration: 18:02  CLICK IMAGES for direct links to TRMS videos. 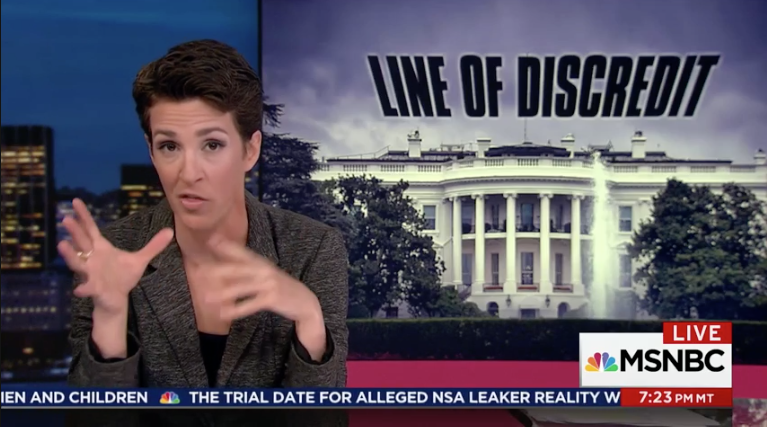 Rachel Maddow: on Trump’s empty threats to sue and efforts by GOP members of Senate Judiciary Committee to discredit Russia probe added by Peter Lance on June 29, 2017
View all posts by Peter Lance →