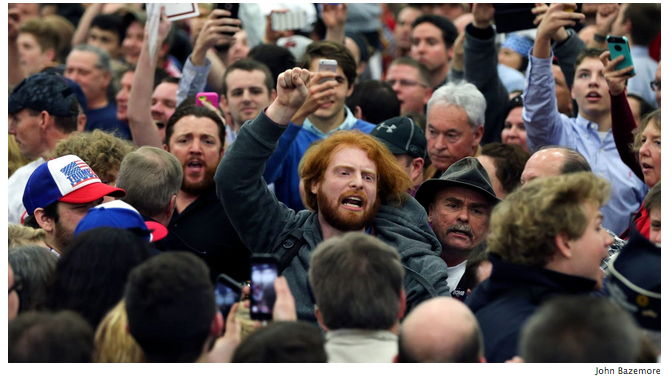 A federal judge in Kentucky is allowing a lawsuit by three protesters assaulted at a Donald Trump campaign rally last March to move forward, agreeing with the plaintiffs that Trump’s call from the podium for his supporters to “get ’em out of here” incited rally-goers to physically attack them.

The opinion, from U.S. District Judge David J. Hale of the Western District of Kentucky, denied most of Trump’s motion to dismiss the charges, saying that his angry demand for the removal of the protesters was “particularly reckless.”

He cites testimony from one of the assailants—a known member of a white nationalist group—saying he began shoving the young African American woman protester after hearing Trump’s call to “get them out.”

A video of the incident went viral last year: 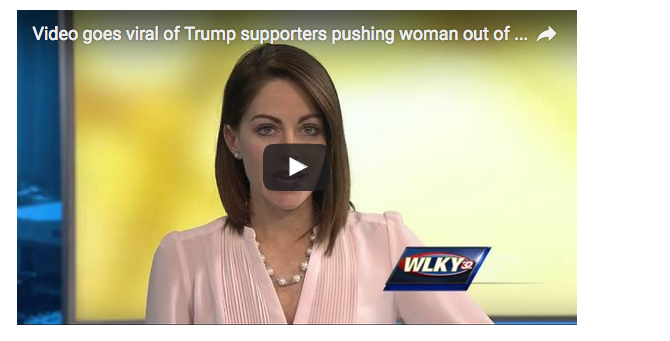 Though Trump’s lawyers argue his words were protected speech under the First Amendment, the court disagreed. “It is plausible that Trump’s direction to ‘get ’em out of here’ advocated the use of force,” Judge Hale wrote. “It was an order, an instruction, a command…Trump’s statement at least implicitly encouraged the use of violence or lawless action.”

The judge did not agree, however, that Trump should be held “vicariously liable” for his supporters’ physical assault. Hale noted that the men who attacked the protesters were not employed by the Trump campaign and were not under his direct control during the rally.

Here is the federal court ruling:  CLICK IMAGE for link. 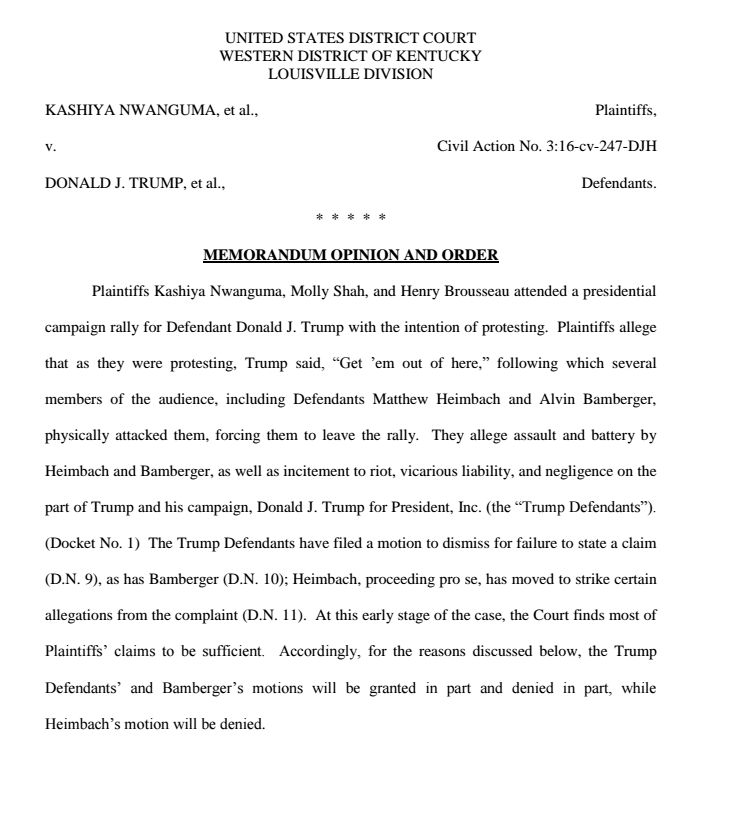 Alice Ollstein Alice Ollstein is a reporter at Talking Points Memo, covering national politics. She graduated from Oberlin College in 2010 and has been reporting in DC ever since, covering the Supreme Court, Congress and national elections for TV, radio, print, and online outlets. Her work has aired on Free Speech Radio News, All Things Considered, Channel News Asia, and Telesur, and her writing has been published by The Atlantic, La Opinión, and The Hill Rag. She was elected in 2016 as an at-large board member of the DC Chapter of the Society of Professional Journalists. Alice grew up in Santa Monica, California and began working for local newspapers in her early teens.