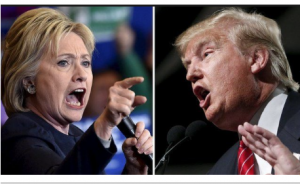 By Peter Lance November 10th. Huffington Post.  After casting my ballot for Hillary Clinton I watched in stunned disbelief on election night as all of the polls predicting her victory proved wrong.

I was about to go to bed in the early morning hours Wednesday when Minnesota, Michigan, Wisconsin, New Hampshire and Arizona were still “too close to call.”

Then, minutes after John Podesta told the thousands of HRC supporters at the Javits Center that it wasn’t over and they’d reconvene in the morning, the word came that she’d suddenly called Donald Trump to concede.

Having binge-watched the news coverage of this cycle on MSNBC and CNN for the last 15 months and after reading a host of other web news sources this is my analysis of what happened in two words:

1) It was her arrogance in setting up the private email server so that she could avoid scrutiny for the way that she and Bill used the Clinton Foundation, in the words of Trump, as “their own private hedge fund.”

If you drill down on the reporting on this — and yes, much of the evidence came from the Russian-hacked Wikileaks emails — you’ll see that, as much as Dems hate to admit it, this was one of the few pronouncements Trump got entirely right.

Whatever good the Foundation may have done worldwide it made the Clintons multi-millionaires and gave new meaning to the age old Washington practice of pay-to-play. Just consider one particularly egregious example:

Between 2009 and 2013 The Clinton Foundation received three contributions totaling $2.35 million from funding sources tied to the chairman of Uranium One, a Canadian mining consortium that was eventually taken over by Rosatom, Russia’s atomic energy agency.

As a result, Vladamir Putin effectively got control of one-fifth of all uranium production in the U.S. But because that ore is a strategic asset, for the deal to go through it required the approval of The U.S. State Department, then run by Hillary Clinton. And yes, she failed to disclose the quid-pro-quo despite her agreement with the Obama administration to identify all foundation donors.

As if that wasn’t conflict enough, Bill Clinton was paid $500,000 for a single speech to a Russian investment bank in Moscow, tied to the Kremlin which was promoting Uranium One’s stock at the time. While this charge was first published in “Clinton Cash,” a book by Peter Schweitzer, a fellow at the hyper-conservative Hoover Foundation, it was reported seriously by the NYT.

2) More arrogance from Hillary in ignoring the largest single voting block in the U.S. — the white working class. Millions of good blue collar families who have been decimated by globalization and those trade deals like NAFTA (which Bill signed) and the TPP which HRC did call “the gold standard” before she flip-flopped under pressure following Bernie Sanders’ surge.

Post convention she never even visited Wisconsin, treating it as “in the bag,” the way she’d counted on her Super Delegates during the primaries. She was only slightly more present in Michigan — two of the states that put Donald Trump over the 270 electoral vote threshold.

It has to be noted, however, that for the second time in 16 years a Democratic nominee won the popular vote only to lose in the archaic Electoral College. But the fact is Hillary got six million fewer votes than the President did in 2012 because so many people stayed home.

3) It was arrogance once more in Mrs. Clinton’s under estimation of Sen. Sanders and the populist movement he unleashed for all the best reasons vs. the dark ones exploited by Trump.

HANDS ON THE SCALE

4) It was her audacity (as we now know from the hacked emails) in using Debbie Wasserman Schultz to manipulate the early primary debate schedule in her favor and use the DNC shameleslly to favor Clinton over Sanders.

5) It was the arrogance of the media (still largely moderate-to-left despite Fox News, Breitbart, Drudge and all the whacko right-wing radio crazies) in missing the story of how those working class whites never recovered from the “Great recession” of 2008.

To be sure that crisis was precipitated by Bush 43’s GOP Wall Street self-regulation policies. Further, Obama did his best to rescue the economy;  including saving the auto industry which Trump was willing to let die. But for those blue-collar whites, the recovery was too slow or never came at all.

6) It was the President’s caving to Tea Party pressure in the set-up of the Affordable Care Act which eliminated “the public option” and that became a poison pill for his historic legislation. As most of the western world has proven, a government guarantee is the only way to make universal health care truly “affordable.”

And in the aftermath of last night’s loss, we have to ask: who was the short-sighted Obama staffer who helped set the reporting deadline on the progress of “Obamacare” two weeks out from the Presidential Election, when it soon became clear that with craven health insurers dropping out, the deductibles were going through the roof?

7) Then there were the suspicious “optics” of that “chance encounter” between Bill Clinton and Attorney General Loretta Lynch on the tarmac just days before James Comey offered his unprecedented conclusion July 5th that while Hil and her staff were “extremely careless in their handling of very sensitive, highly classified information… no reasonable prosecutor would bring such a case.”

The FBI Director followed that with his bombshell October 28th letter to Congress suggesting the email probe had been reopened, but offering zero details while creating a cloud of innuendo over the Democratic candidate particularly following the leaked hint that the probe was tied to Anthony “Carlos Danger” Weiner.

And if that wasn’t enough to cause whiplash in Clinton’s Brooklyn Headquarters, there was Comey’s Sunday-before-the-election announcement that the new mini-probe had found nothing to change his mind.

With an Obama appointee like James Comey who needed Steve Bannon or Karl Rove?

THE MINORITY’S FAIL TO DELIVER

8) I don’t know if I’d called it arrogance or indifference, but we need to cite the failure of Black Americans to get out in Obama-level numbers despite the president’s urgent pleadings in the last two weeks for them to help save his legacy.

One example came in Motor City: In 2012 Obama beat Romney by more than 381,000 votes in Wayne County, Michigan, the state’s largest and most African-American county. But last night Clinton beat Trump in metro Detroit by only 287,000 votes, a 90,000 ballot gap between her county-wide win and Obama’s victory there.

Apparently Trump’s “what have you got to lose?” line resonated, because he actually carried 8% of Blacks nationwide compared to Mitt Romney’s 6%.

9) Then there were the Latinos who were libeled, theatened and marginzalized by Trump for the last year and three months, only to produce…

THE STUNNER OF THE NIGHT…

Although Hispanics signed up to vote in record numbers  this year DONALD TRUMP GOT 29% OF THEM! Moments ago on CNN, Maria Cardona, an Latina pundit, said the number was actually just under 20%, but that’s still one in five.

10) As to the pollsters, it’s clear that in using their modern cell-phone and social media techniques they failed to connect with the millions of rural white Americans who still have dial-up phones, deer rifles in their pick-up trucks and Toby Keith on their CD players.

Remember the end of “Easy Rider?” In the words of Dennis Hopper as he was shotgunned off his Harley, “We blew it!!!”

Three weeks back in a NYT piece there was a signal that this “silent majority” was ready to come to the voting booths in droves. Reporter Stephen Hiltner took an eight day 3,000 mile drive through the backroads of the U.S. and saw nothing but Trump yard signs. It was anecdotal but telling.

This election was Liberal America’s to lose and they lost it. All they can pray for now is that Trump, who has shown himself to be a chameleon, will be the “magnanimous Donald” vs. the “lock her up,” special prosecutor, vengeful, vindictive Donald. After all, the Clintons and Trumps were once cooperating celebrities and with Donald his love of the spotlight and his urge to recreate himself in ever more audacious new roles, may just “trump” his dark side.

If not it will be interesting to watch who benefits from President Obama’s end-of-term pardons.