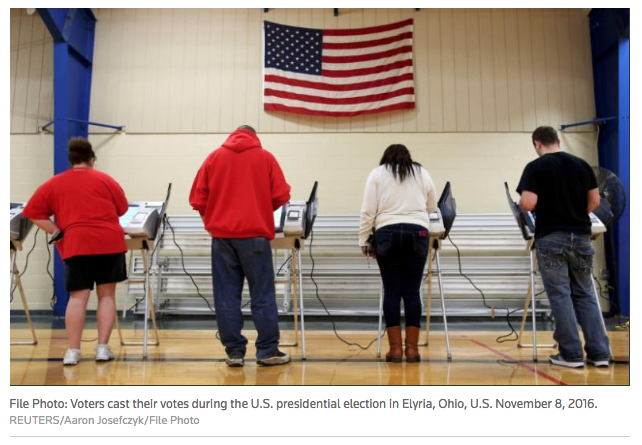 The U.S. Federal Bureau of Investigation is pursuing at least three separate probes relating to alleged Russian hacking of the U.S. presidential elections, according to five current and former government officials with direct knowledge of the situation.

While the fact that the FBI is investigating had been reported previously by the New York Times and other media, these officials shed new light on both the precise number of inquires and their focus.

The FBI’s Pittsburgh field office, which runs many cyber security investigations, is trying to identify the people behind breaches of the Democratic National Committee’s computer systems, the officials said. Those breaches, in 2015 and the first half of 2016, exposed the internal communications of party officials as the Democratic nominating convention got underway and helped undermine support for Hillary Clinton.

The Pittsburgh case has progressed furthest, but Justice Department officials in Washington believe there is not enough clear evidence yet for an indictment, two of the sources said.

Meanwhile the bureau’s San Francisco office is trying to identify the people who called themselves “Guccifer 2” and posted emails stolen from Clinton campaign manager John Podesta’s account, the sources said. Those emails contained details about fundraising by the Clinton Foundation and other topics.

Beyond the two FBI field offices, FBI counterintelligence agents based in Washington are pursuing leads from informants and foreign communications intercepts, two of the people said.

This counterintelligence inquiry includes but is not limited to examination of financial transactions by Russian individuals and companies who are believed to have links to Trump associates. The transactions under scrutiny involve investments by Russians in overseas entities that appear to have been undertaken through middlemen and front companies, two people briefed on the probe said.

Reuters could not confirm which entities and individuals were under scrutiny.

Scott Smith, the FBI’s new assistant director for cyber crime, declined to comment this week on which FBI offices were doing what or how far they had progressed.

The White House had no comment on Friday on the Russian hacking investigations. A spokesman pointed to a comment Trump made during the campaign, in which he said: “As far as hacking, I think it was Russia, but I think we also get hacked by other countries and other people.”

During a news conference Thursday, President Donald Trump said he had no business connections to Russia.

The people who spoke to Reuters also corroborated a Tuesday New York Times report that Americans with ties to Trump or his campaign had repeated contacts with current and former Russian intelligence officers before the November election. Those alleged contacts are among the topics of the FBI counterintelligence investigation.