Editors note: Rachel Maddow connects the dots between… the alleged money laundering of billions of dollars at Deutsche Bank on behalf of Russian oligarchs… Commerce Secretery Wilbur Ross, vice chairman of The Bank of Cyprus… alleged home to a number of oligarchs including… Dmitry Rybolovlev, the so-called Russian “fertilizer king,” responsible for a $50+ million profit to Donald Trump for a mansion he bought in Palm Beach, Florida… potential conflicts of interest in the estimated profit of $400 million to the family of Trump son-in-law Jared Kushner pending the sale of 666 Fifth Avenue to curious Chinese investors… and the summary dismissal of U.S. Attorney for The Southern District, Preet Bharara, whom a series of non-profit groups had asked to investigate  the many alleged conflicts of interest involving The Trump Organization. CLICK IMAGE for direct link to broadcast. 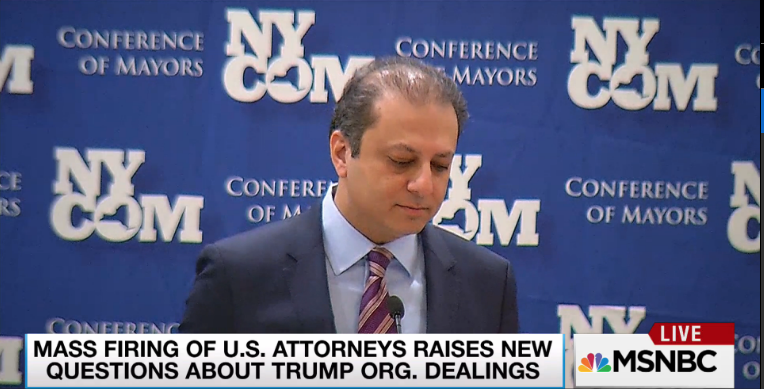 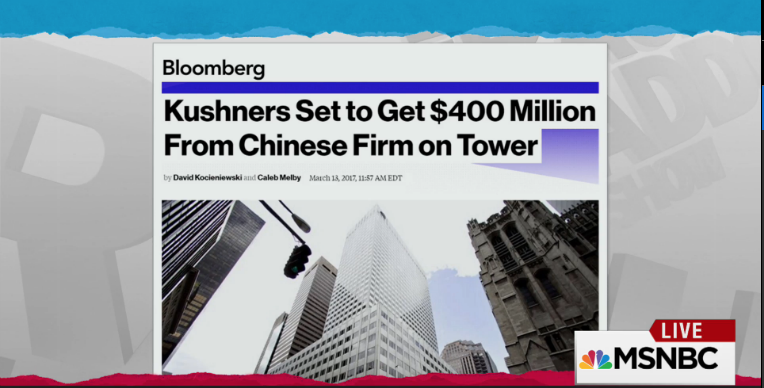 Rachel Maddow connects the dots on Trump, Kushner, Ross, Deutsche Bank, Russian money laundering and the abrupt dismissal of Preet Bharara, the U.S. Attorney for the SDNY added by Peter Lance on March 14, 2017
View all posts by Peter Lance →