CLICK IMAGE FOR LIVE FEED from The New York Times 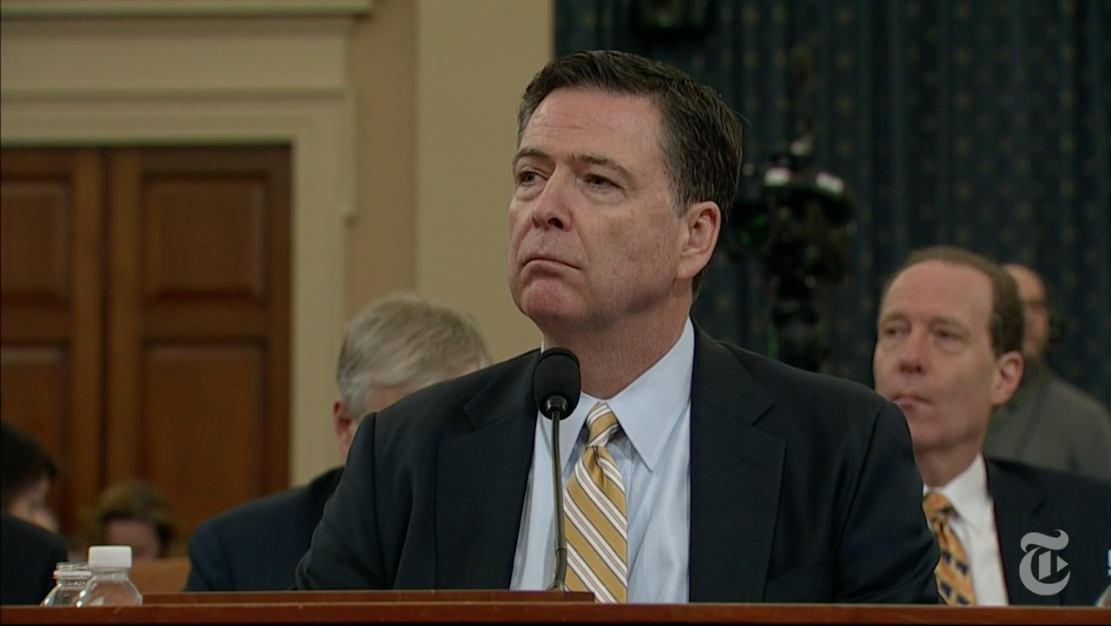 ■ The F.B.I. director, James B. Comey, publicly confirmed an investigation into Russian interference in the presidential election and whether associates of the president were in contact with Moscow.

■ Mr. Comey also said the F.B.I. had “no information” to support President Trump’s allegation that Barack Obama wiretapped him.

The F.B.I. is investigating Russian interference in the 2016 election and possible links between the Trump campaign and the Russian government — and whether there was any coordination, Mr. Comey said.

Mr. Comey said that it was unusual for the F.B.I. to confirm or deny the existence of any investigations, but that in unusual circumstances when it is in the public interest, the bureau will sometimes discuss such matters.

“This is one of those circumstances,” he said.

“The F.B.I., as part of our counterintelligence effort, is investigating the Russian government’s efforts to interfere in the 2016 president election,” he continued, adding that the investigation included looking at whether associates of Mr. Trump were in contact with Russian officials, and whether they colluded with them.

Admiral Rogers made it clear that Russian efforts to interfere in democratic elections were not a one-off intrusion. They continue — now in Europe.

“We’ve seen some of the same things we’ve seen in the U.S. in terms of disinformation, fakes news,” he said.

President Trump, offering commentary on Twitter, put the best spin on it, noting that the witnesses did not say Russian hackers had changed vote tallies.

NYT: Comey Confirms F.B.I. Inquiry Into Trump Campaign Links to Russian Hackers; Says He Has ‘No Information’ on Trump’s Wiretapping Charge added by Peter Lance on March 20, 2017
View all posts by Peter Lance →