NYT: Devin Nunes, under investigation by House Ethics Committee, to Step Aside From House Investigation on Russia 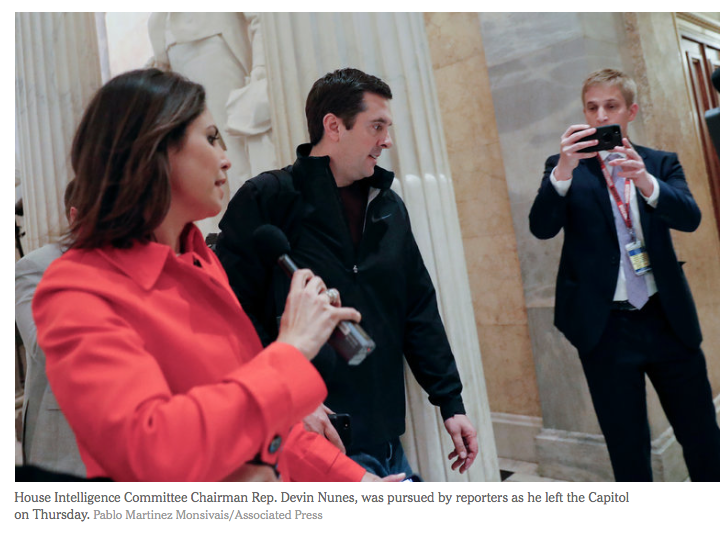 WASHINGTON — Representative Devin Nunes, the embattled California Republican who is chairman of the Intelligence Committee, announced on Thursday he would step aside from leading his committee’s investigation into Russia’s efforts to disrupt last year’s presidential election.

CLICK IMAGE ABOVE for direct link to NYT story.
CLICK IMAGES BELOW for links to NYT videos. 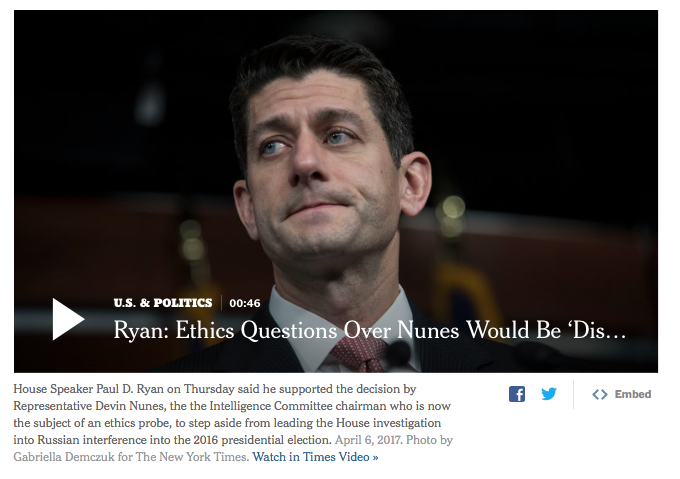 His announcement was made on the same morning that the House Committee on Ethics said Mr. Nunes was under investigation because of public reports that he “may have made unauthorized disclosures of classified information.” 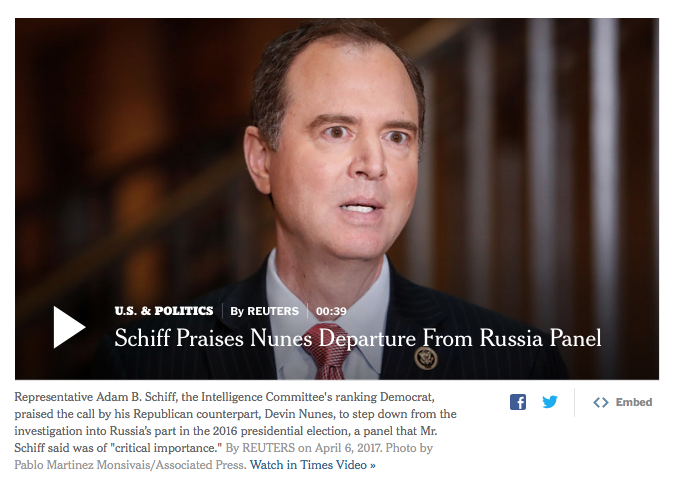 The congressman has been under growing criticism for his handling of the Russian inquiry. Many on Capitol Hill have said he is too eager to do the White House’s bidding and cannot be an impartial investigator into questions about any role President Trump’s associates may have had in last year’s Russian campaign to disrupt the election.

Mr. Nunes said that his decision came after “left-wing activist groups” filed accusations against him with the Office of Congressional Ethics. He called the charges “entirely false and politically motivated,” but he said it was in the committee’s best interests for him to temporarily step aside from the investigation.

Representative Adam B. Schiff of California, the panel’s top Democrat, praised Mr. Nunes’s decision, saying it was made in the “best interests of the investigation.”

“It will allow us to have a fresh start moving forward,” he told reporters.

Mr. Nunes came under fire last month after he announced that he believed Mr. Trump or members of his transition team may have been “incidentally” caught up in foreign surveillance by American spy agencies. He cited “dozens” of intelligence reports he described as classified, which The New York Times later revealed had been provided to him by White House officials.