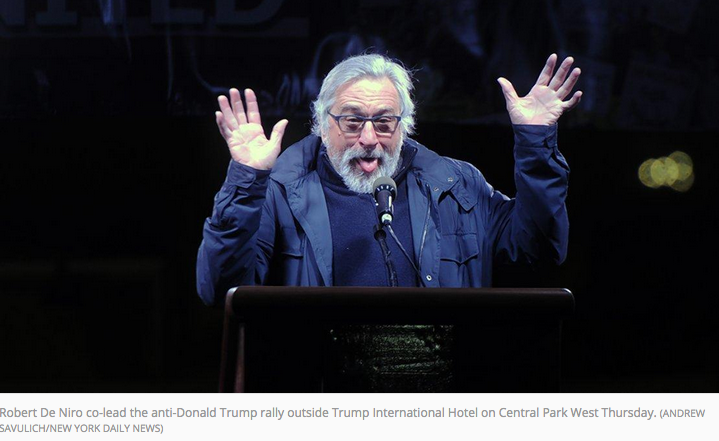 Thousands of defiant New Yorkers filled President-elect Donald Trump’s backyard Thursday on the eve of his inauguration for a star-studded, full-throated statement of protest.

“There are those who are working to divide us,” said “Sex and the City” star Cynthia Nixon. “We are not going back. We’re not turning around. 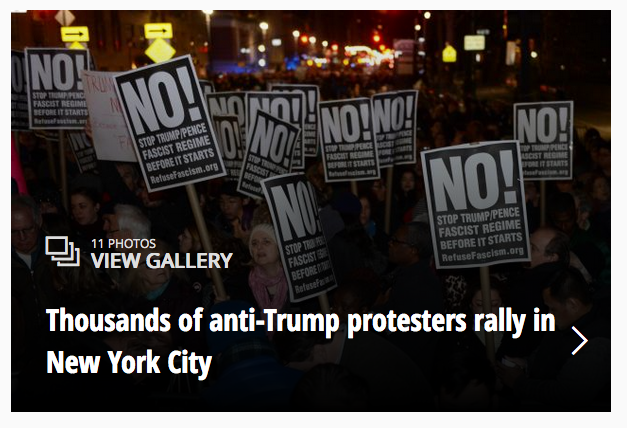 Singer and actress Cher, who told the crowd she has lived through 12 Presidents, said protesters have to use their anger for good.

“The power of the people is bigger than those a—–es in Washington,” Cher said. “I tried not to have a potty mouth but that’s just me. You can change this. I promise.”

“We stand together, making sure there is no hatred in our city, in any city,” Mayor de Blasio said. “Donald Trump always said he built a movement. Well, now it’s our turn to build a movement.”

“Tomorrow we begin to organize. Look at the thousands here tonight, and this is only the beginning.”

MoveOn.org, Greenpeace USA and Planned Parenthood of New York City will be among the groups participating.

“Just look around you, New York,” said City Council Speaker Melissa Mark-Viverito. “We embody the principles of equality and inclusivity because that is who we are.”

Among the speakers was actor Alec Baldwin, who addressed the crowd as himself and his “Saturday Night Live” Trump alter ego. 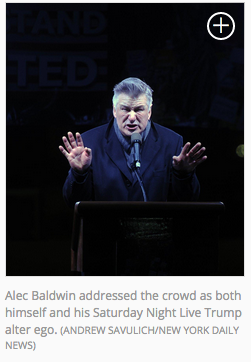 “Donald Trump and Steve Bannon and Mike Pence think you are going to lay down,” Baldwin said. “But New Yorkers never lay down.”

De Niro, who famously said last year that he wanted to punch Trump in the face, took a more peaceful approach.

“Whatever happens, we Americans, we New Yorkers, we patriots stand united for the rights of our citizens,” De Niro said.

Moore urged participants to call Congress every day to voice their concerns.

“Thank you for showing up on this final night of the pre-Trumpian age,” Moore said.

The director then led the protesters on a march to nearby Trump Tower on 57th St. where the crowds thinned out. 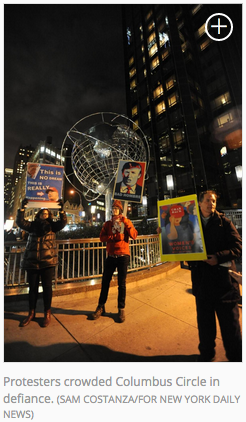 Moore called for 100 days of protest against Trump as he kicks off his presidency.