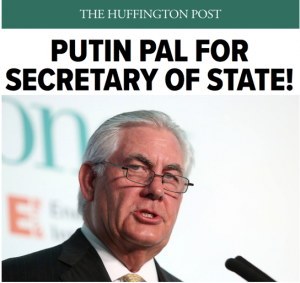 Trump tweeted Monday that he would make an official announcement about his choice for secretary of state Tuesday morning. The Associated Press and The New York Times report Tillerson is Trump’s pick.

Others being considered for secretary of state were former New York Mayor Rudy Giuliani ― who took himself out of the running on Dec. 9 ― and 2012 Republican presidential nominee Mitt Romney, who posted Monday evening he would not be taking the position.