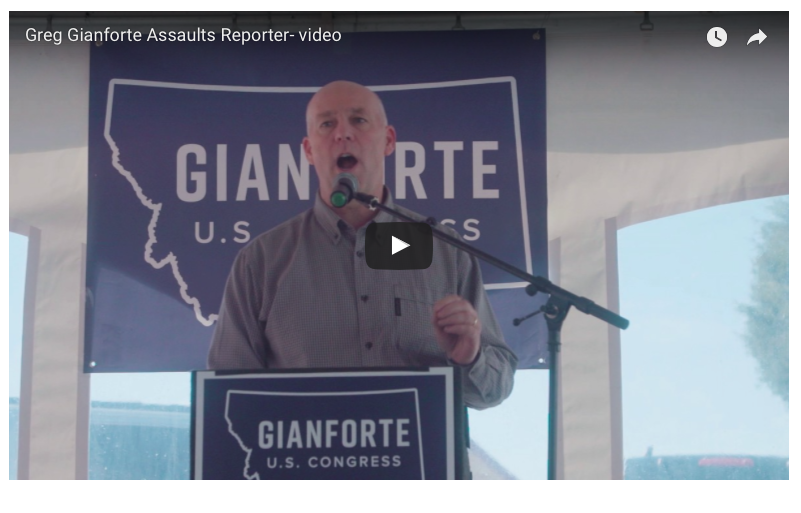 Just hours before voters head to the polls, a violent incident with a reporter has Greg Gianforte‘s campaign scrambling. Gianforte, a Republican who is campaigning for the vacant House seat in Montana, reportedly “bodyslammed” Guardian US’s reporter Ben Jacobs to the ground in a closed room, breaking his glasses.

Police scanner audio following the incident shows a call to authorities saying: “(Jacobs) says he is a reporter and asked about his health care plan and Gianforte body slammed him.” The recording also said that Gianforte “kicked” Jacobs after slamming him to the ground. 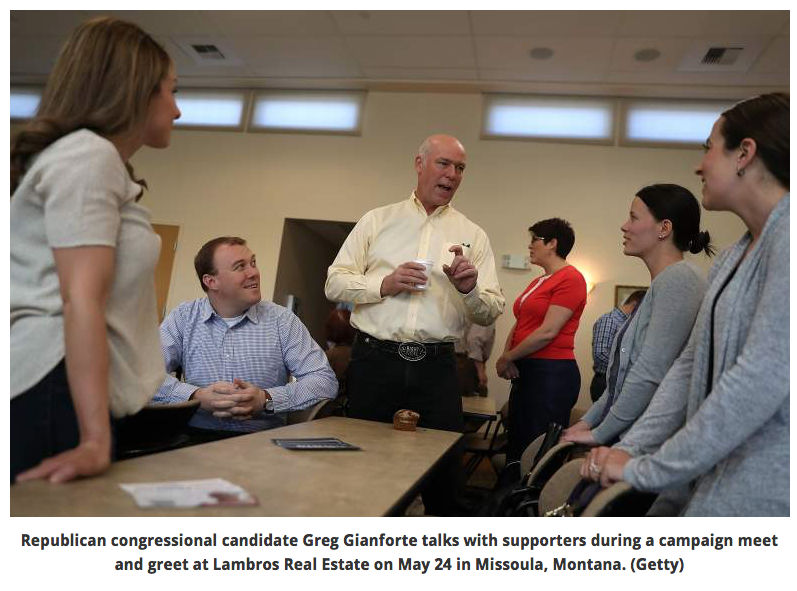 The audio is from the Gallatin County Sheriff and Fire, Bozeman Police/Fire scanner and is courtesy of Broadcastify.com.

Just over an hour after it occurred, audio from the incident was posted to YouTube.

The Gianforte campaign has since released a statement shortly after the matter. In it, campaign spokesman Shane Scanlon said that Jacobs “entered the office without permission” and “aggressively shoved a recorder” into Gianforte’s face.

Scanlon said that Gianforte tried to grab Jacobs’ phone as the reporter grabbed his wrist and “spun away,” forcing the two to the ground.

“It’s unfortunate that this aggressive behavior from a liberal journalist created this scene at our campaign volunteer BBQ,” the statement concluded.

The Gallatin County Sheriff’s Office said in a brief statement that it’s investigating the matter.

BuzzFeed reporter Alexis Levinson was at the event and gave her account of what happened. She said that the incident occurred behind a half-closed door.

Levinson said that Jacobs walked into a room where local TV crews were preparing for an interview with Gianforte, just one day before the congressional election. Levinson said that she heard a “giant crash” and saw Jacobs’ feet fly into the air.

After the noise, Levinson said she heard “angry yelling,” which sounded like Gianforte. Jacobs walked out of the room holding his shattered glasses and told her “he just bodyslammed me.”

The election in Montana is set for May 25 and is to replace former Rep. Ryan Zinke, who was confirmed as the U.S. Secretary of the Interior.

There were no primaries held for the race, so party leaders selected nominees at conventions.

Republicans nominated Gianforte, who is a businessman that had a failed run at governor in 2016. He is vying for the seat against Democrat Rob Quist, who is a musician. There’s a third-party candidate, too: Libertarian Mark Wicks.

Prior to the incident, Gianforte had led in the polls. One of them that was conducted by a Democratic Super PAC — Senate Majority PAC — in April showed Gianforte leading Quist 49-43 in the race.

Chris Bucher is a sports, politics and general news contributor to Heavy. A University of Wisconsin-Oshkosh graduate, Bucher spent time as the business editor at The Waukesha Freeman and was also the former sports assistant editor. You can follow him on Twitter @Buchage and reach him at chris.bucher@heavy.com.