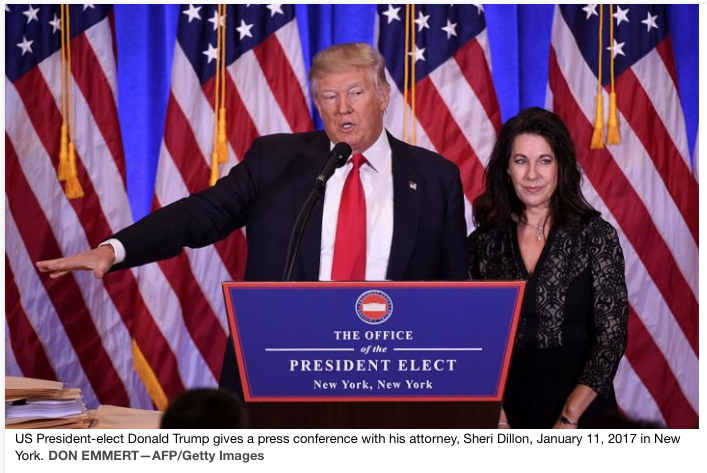 The law firm announced the award in a press release last May, noting it was recognized in the Chambers & Partners’ 2016 Chambers Europe guide. According to Morgan Lewis’ website, the firm’s Moscow office staffs more than 40 lawyers who are well known in the Russian market and “have deep familiarity with the local legislation, practices and key players.”

Trump tweeted on Wednesday morning that  “I have no deals that could happen in Russia, because we’ve stayed away,” he said. “And I have no loans with Russia.” 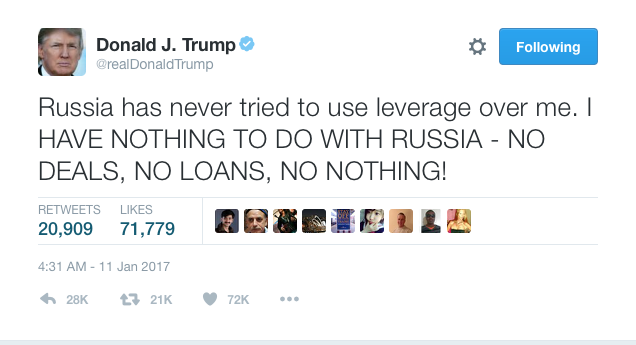 Morgan Lewis attorney Sheri Dillon spoke about Trump’s conflicts of interest during the press conference, announcing that Trump plans to hand over leadership of his company to his two adult sons and a longtime executive. A spokeswoman for the firm declined to comment.