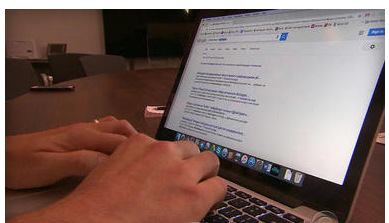 John Podesta, Hillary Clinton’s campaign chair who was the target of a massive cyberattack of his personal emails earlier this year, blasted the “broken” FBI Friday over how the agency has handled Russian hacking of the U.S. presidential election.

In a blistering Washington Post op-ed published late Thursday, Podesta criticized FBI Director James Comey for his agency’s failure to follow up on hacks of the Democratic National Committee (DNC).

“I was surprised to read in the New York Times that when the FBI discovered the Russian attack in September 2015, it failed to send even a single agent to warn senior Democratic National Committee officials,” Podesta wrote. He contrasted that response to the intensive year-long probe of Clinton’s private email server, which included “dozens of agents who conducted at least 80 interviews and reviewed thousands of pages of documents.”

“Comparing the FBI’s massive response to the overblown email scandal with the seemingly lackadaisical response to the very real Russian plot to subvert a national election shows that something is deeply broken at the FBI,” Podesta said.

The FBI, for their part, had declined to respond in the New York Times story on the DNC hacking.

According to the Times, the agency said in a statement that it “takes very seriously any compromise of public and private sector systems.”

He also charged Comey with being hypocritical in his choices to publicize the FBI’s investigations.

The FBI director, Podesta wrote, “broke long-established precedent and disregarded strong guidance from the Justice Department with his infamous letter just 11 days before the election. Yet he refused to join the rest of the intelligence community in a statement about the Russian cyberattack because he reportedly didn’t want to appear ‘political.’”

According to the Washington Post, officials familiar with Comey’s thinking at the time defended his actions over the Clinton email letter by noting that “he determined it was more important to inform Congress of the development, given that he had testified that the investigation was completed and that he nonetheless would look at ‘any new and substantial information.’” In contrast, when it came to the debate over pointing the finger at Russia for cyberattacks, “the FBI has investigative interests to protect.”

Podesta also laid some of the blame on Congress, where he said House Republicans “who had an insatiable appetite for investigating Clinton have been resistant to probing deeply into Russia’s efforts to swing the election to Trump.”

Podesta concluded with recommendations for how the Obama administration and Congress should further handle the Russian hacks and the FBI.

The Democratic operative said the administration should “quickly declassify as much as possible” regarding the Russian cyber attacks, including briefing members of the electoral college on the extent of the Kremlin’s interference. Podesta also called on Congress to launch a bipartisan independent investigation similar to the commission that investigated the September 11 terror attacks and pushed the legislative body to better oversee the FBI.

“The election is over and the damage is done,” Podesta wrote, “but the threat from Russia and other potential aggressors remains urgent and demands a serious and sustained response.”