BuzzFeed: A Former Trump Adviser Met With A Russian Spy 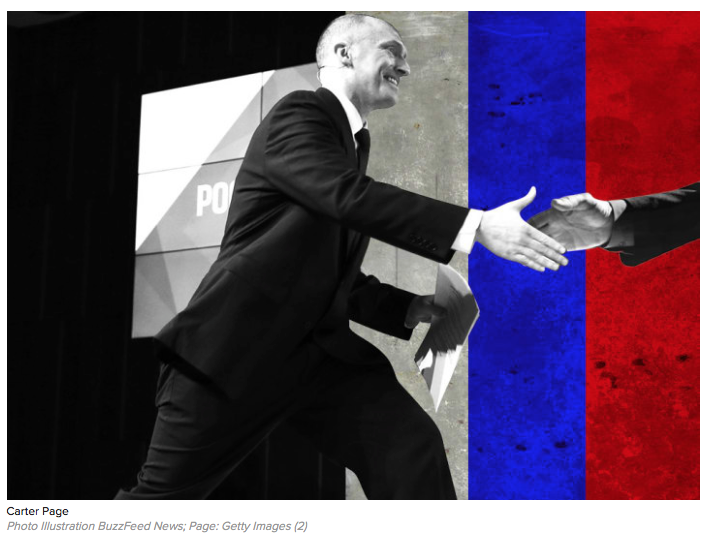 NEW YORK — A former campaign adviser for Donald Trump met with and passed documents to a Russian intelligence operative in New York City in 2013.

The adviser, Carter Page, met with a Russian intelligence operative named Victor Podobnyy, who was later charged by the US government alongside two others for acting as unregistered agents of a foreign government. The charges, filed in January 2015, came after federal investigators busted a Russian spy ring that was seeking information on US sanctions as well as efforts to develop alternative energy. Page is an energy consultant.

A court filing by the US government contains a transcript of a recorded conversation in which Podobnyy speaks with one of the other men busted in the spy ring, Igor Sporyshev, about trying to recruit someone identified as “Male-1.” BuzzFeed News has confirmed that “Male-1” is Page.

The revelation of Page’s connection to Russian intelligence — which occurred more than three years before his association with Trump — is the most clearly documented contact to date between Russian intelligence and someone in Trump’s orbit. It comes as federal investigators probe whether Trump’s campaign-era associates — including Page — had any inappropriate contact with Russian officials or intelligence operatives during the court of the election. Page has volunteered to help Senate investigators in their inquiry. 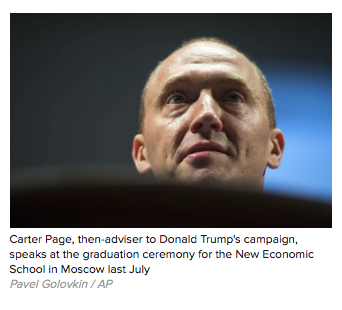 It remains unclear how connected Page was to the Trump campaign. He rose to prominence seemingly out of nowhere last summer, touted by then-candidate Trump as one of his foreign policy advisers. Page was quickly cut from the Trump team following reports that federal investigators were probing his ties to Russian officials. White House Press Secretary Sean Spicer said last month that the campaign had sent Page cease and desist letters last year, demanding he stop associating himself with it.

A US intelligence official said investigators intend to question Page eventually, but that he was not considered a high priority. “There’s so many people that are more relevant,” the official said.

The court filing includes a colorful transcript of Podobnyy speaking with Sporyshev about trying to recruit Page.

“[Male-1] wrote that he is sorry, he went to Moscow and forgot to check his inbox, but he wants to meet when he gets back. I think he is an idiot and forgot who I am…He got hooked on Gazprom thinking that if they have a project, he could rise up,” Podobnyy said. “I also promised him a lot…this is intelligence method to cheat, how else to work with foreigners? You promise a favor for a favor. You get the documents from him and tell him to go fuck himself.”

Page confirmed to BuzzFeed News on Monday that he is “Male-1” in the court filing, and said he had been in contact with Podobnyy, who was working at the time at Moscow’s UN office in New York City under diplomatic cover, although he was really an SVR agent. Pressed on details of his contact with Podobnyy, Page said their interactions did not include anything sensitive.

According to the complaint, Page met Podobnyy in January 2013 at an energy conference in New York. It says that from January to June of that year, Page met with, emailed with and “provided documents to [Podobnyy] about the energy business.” 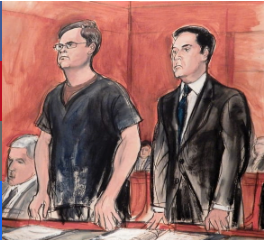 After federal investigators were looking into the ring, focusing on Podobnyy, Sporyshev, as well as a third man, Evgeny Buryakov, Page was interviewed by FBI counterintelligence agent Gregory Monaghan and another unnamed FBI agent in June 2013, the filing reads.

Podobnyy and Sporyshev were charged in absentia — working under official cover positions, they were afforded diplomatic immunity and were whisked out of the country. Buryakov, who worked under unofficial cover as an employee of state-controlled Vnesheconombank in Manhattan, pled guilty to a charge of conspiring to act as a foreign agent. He was sentenced to 30 months in prison and was due to have been released from a federal prison in Elkton, Ohio on Saturday, and returned to Moscow.

Speaking with BuzzFeed News, Page suggested that the complaint was written so that it was obvious he was the Gazprom-connected man Podobnyy talked about recruiting.

In a previous conversation, when asked if he had ever met with Russian intelligence operatives, Page told Buzzfeed News in a message on the Telegram messaging app: “I’M VERY CAREFUL WHEN I SAY ‘NEVER’” BUT EVEN IF I HAD INADVERTENTLY HAD “CONTACT” SUCH AS BRIEFLY SAYING HELLO TO SOMEONE WHO MIGHT FALL UNDER THAT LABEL IN PASSING NOTHING I EVER SAID TO THEM OR ANYONE ELSE WOULD’VE EVER BROKEN ANY LAW.”

A dossier compiled by former MI6 agent Christopher Steele, used to brief then-President Obama, then-President-elect Trump and Gang of Eight congressional leaders in January, cited a Kremlin official as saying that the Kremlin had sought to a relationship with certain figures in the US, including Page, and had indirectly funded some of their visits to Russia. Page denied playing a role in the Kremlin’s attempt to undermine the US election in conversations with BuzzFeed News.

“I didn’t do anything wrong…. including meeting with any of those people I’m falsely accused of in that Dodgy Dossier,” Page told BuzzFeed News in a message last month. 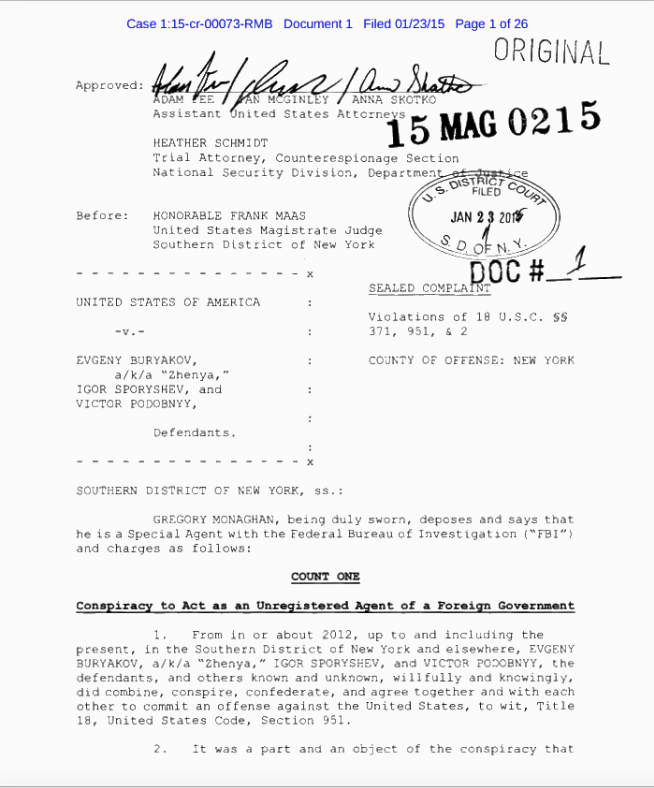 Ali Watkins is a national security correspondent for BuzzFeed News and is based in Washington, D.C.