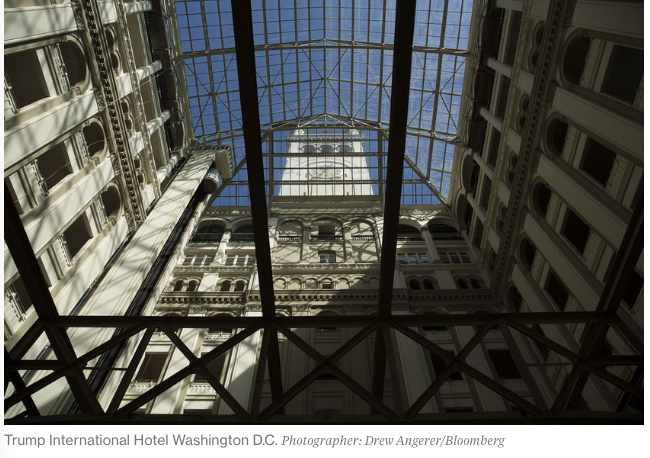 Donald Trump’s new Washington hotel, located just blocks from the White House, owes electricians, wood workers and a plumbing and heating business more than $5 million for unpaid labor, according to liens filed against the property with the District of Columbia.

The 263-room hotel, located on the historic site of the city’s former main post office, opened in October following a $212 million renovation of the 1899 structure. The liens were filed in November and December, according to public records.

Trump has acknowledged not always paying all his bills, saying it’s often a negotiating tactic when work is subpar. His companies have been sued numerous times over unpaid work. Among them were landscapers at Riverside South Park in Manhattan, who sued in 2001 seeking $111,000. Contractors at Trump Park Avenue sued in 2003 seeking $206,000. And in 2010 a painter in Chicago sued a Trump entity developing a high-rise claiming to be owed more than $4 million.

Read More: Donald Trump Will See You in Court