Under the iceberg in the age of Trump. Why we need investigative reporting now more than ever 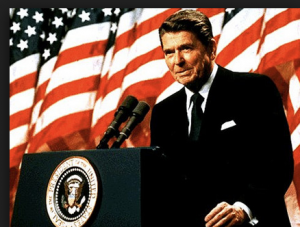 By Peter Lance December 15th, 2016  Huffington Post
Back in the Eighties I started out as a correspondent for ABC News covering the dark side of the Reagan presidency for 20/20, Nightline and World News Tonight. I cut my teeth on investigations into Pentagon cost overruns, rigged Pershing II missile tests and FAA cover-ups on near misses after Reagan fired all the air traffic controllers during the PATCO strike.

Along the way, I got a free education and with a couple of Emmys under my belt I was able to pick my own stories worldwide. I tracked casks of “dirty bomb” uranium through the streets of Antwerp, Pol Pot’s children-soldiers along the Thai-Cambodian border and Genovese family wiseguys through the toxic wastelands of New Jersey. It got to the point where after nearly every piece I’d say to myself, “What a movie this would make!”

I spent the next 14 years writing fiction — mostly crime series — for each of the major networks. It was “Black Tuesday,” the day the Towers fell, that sent me back to journalism, tracking the origins of the 9/11 “planes as missiles” plot in four books for HarperCollins.

I wanted to know how, with a $40 billion-a-year intelligence budget, the “Big Five” couldn’t have seen it coming?

Of the principal intel agencies: CIA, NSA, DIA, NGA and FBI, the Bureau was the only one that a reporter without a security clearance could audit. That’s because until 9/11 the “war on terror” was fought largely as a series of legal cases, prosecuted by the U.S. Attorney for the Southern District of New York (SDNY) and investigated by the New York Office of the FBI. The NYO.

Today marks the launch of a new exercise in truth seeking: a website dedicated to covering the presidency of Donald J. Trump investigatingtrump.com

WHY THIS SITE AND WHY NOW?

Daily deadline reporting is not such a challenging job. The Assignment Desk sends you out to cover an event. You witness it, inscribe your notes for print, or record it with your camera or digital device for broadcast. Then you write the story, edit it, supply a voice-over depending on the medium and publish your best account of what happened.

The degree of difficulty for the journalist is only a matter of logistics. Wars are more difficult to cover than press conferences or court trials. But in the end what you’re doing is repeating the obvious. Sure, sometimes it’s with nuance or analysis. On MSNBC it’s slanted left – Fox News, slanted right. The big dailies and the few remaining T.V. news mags, depending on their editorial position, do the same thing: reflect it back.

For the most part, journalism is light bouncing off mirrors.

And don’t get me wrong, that’s important work in any democracy. We certainly need the information that the people in power want us to know. But today as the incoming Trump Administration challenges the science on Global Warming, consider one of its many consequences: the iceberg.

Then consider that it wasn’t the broken part of the glacier visible from the surface that sunk The Titanic. It was the invisible part below the waterline. 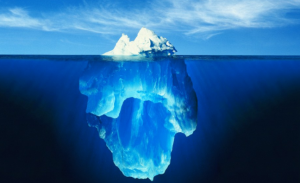 Whether it’s racial profiling by cops in Ferguson, Missouri, toxic water in Flint, Michigan, the unreleased tax returns of the President-elect or the terrifying prospect that Russia put its “thumb on the scale” to help him win, it’s the part of reality the public never sees that can really cause the damage.

But document dumps like the Panama Papers are rare. And as we’ve just seen, what emerges from WikiLeaks can be one-sided and politicized.  Almost never do we get access to the “smoke-filled room” when the deal is cut, the bribe is paid or the health and safety of a nation bargained away for profit.

Most of the time we have to construct what Ronald Reagan’s old CIA Director William Casey called a “mosaic.” On his level at Langley he was taking about “little pieces of glass” made of up HUMINT, human intelligence from spies on the ground, SIGINT, signals intelligence intercepted by agencies like The NSA, broken down into: COMINT, communications between people and ELINT electronic signals not used in human communications but with intelligence value nonetheless, like financial transactions or radar intercepts.

Those fragments of data are then assembled into a kind of “stained glass window” that one steps back from to glimpse an image of the truth.

But as we found out the hard way on 9/11 it’s largely a piss-in-the wind guessing game. And for investigative reporters, learning a hidden truth can be even more daunting.

After all, we can’t issue subpoenas. Breaking and entering is seriously frowned on and once you pay for information you’ll never again be trusted. Worse, people who try and sell stories are as unreliable as those who undergo water-boarding. They’d give up their mothers for a price.

Unlike law enforcement we can’t offer a source some kind of deal like leniency for ratting out a co-conspirator. So when you work this side of journalism on the local, state, national or even international level, nine times out of ten you get the truth through old fashioned “shoe leather,” tenacity and an unwillingness to take “No” for an answer.

THE DIMINISHING SENSE OF OUTRAGE

Back in the late 80’s when I was working the Reagan Administration for stories, the public still had some sense of outrage at instances of presidential hypocrisy. The idea of the White House negotiating “arms for hostages” provoked The Iran-Contra hearings — the Watergate investigation of that era.

Now with 24 hour media cycles, the use of social media as the primary news delivery system for most Americans, the explosion of “fake news,” and the brazen willingness of the President-elect to tell outright lies, the bar for public outrage has been raised so high that old-school fact-based journalism is fast becoming an anachronism.

So after years of reporting directly from my website peterlance.com I’ve created this site dedicated to the ongoing investigation of the Trump presidency both as a resource for other enterprise reporters and as an archive so that the important history of this time can be preserved.

Each day I’ll endeavor to find the best reporting on “45” and his associates. To paraphrase Finley Peter Dunne’s dictum about the role of newspapers, investigatingtrump.com will be dedicated to “comforting the afflicted and afflicting the comfortable,” holding the man in Trump Tower who’s pledged to “Make American Great” again to the same standard to which all U.S. President’s should be held: protecting the country, promoting peace and telling the truth.

Under the iceberg in the age of Trump. Why we need investigative reporting now more than ever added by Peter Lance on December 15, 2016
View all posts by Peter Lance →