By Peter Lance on June 6, 2020Comments Off on NYT: How Police Unions Became Such Powerful Opponents to Reform Efforts 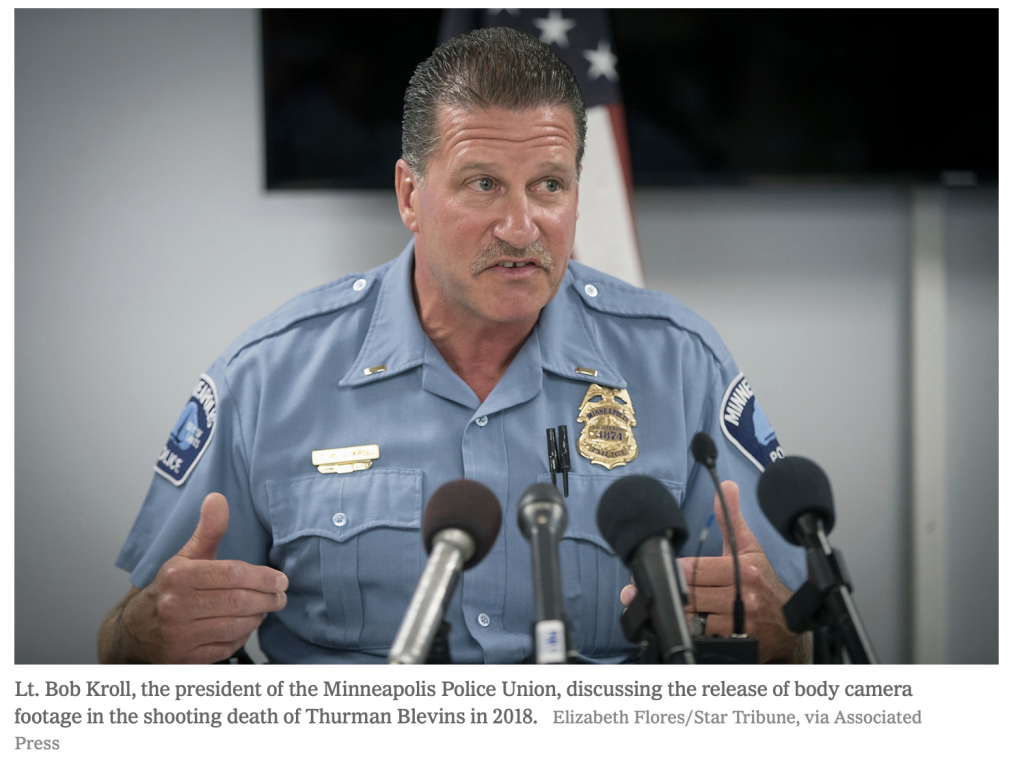 Half a decade after a spate of officer-involved deaths inspired widespread protest, many police unions are digging in to defend members.

When liberal politicians do try to advance reform proposals, union officials have resorted to highly provocative rhetoric and hard-boiled campaign tactics to lash out at them. This past week, the head of the sergeants’ union in New York posted a police report on Twitter revealing personal information about the daughter of Mr. de Blasio, who had been arrested during a protest.

Ms. Harteau said that the department introduced new rules requiring officers to protect the “sanctity of life” and intervene if they saw a colleague improperly using force, but that the union under Mr. Kroll undermined the changes by protecting officers who violated the policies. Data on police shootings and killings in the city appear to show little change despite the reforms.

“I struggle to know if they have gotten more extreme, or if the world has changed and they haven’t,” Mr. Fletcher, the city councilman, said of the union. “Either way, they are profoundly misaligned with the moment.”

Noam Scheiber is a Chicago-based reporter who covers workers and the workplace. He spent nearly 15 years at The New Republic magazine, where he covered economic policy and three presidential campaigns. He is also the author of “The Escape Artists.” @noamscheiber

J. David Goodman covers lobbying, fund-raising and the influence of money in politics. A former reporter in City Hall and at police headquarters in New York, he has written about government, politics and criminal justice for The Times since 2012. @jdavidgoodman

A version of this article appears in print on June 7, 2020 of the New York edition with the headline: Fierce Protectors of Police Impede Efforts at Reform. Order Reprints | Today’s Paper | Subscribe