By Peter Lance on July 14, 2020Comments Off on Inspired by Trump: My Vanity Fair piece proving Doris Duke, the richest woman in America, got away with murder gets great local, national and international coverage

vanityfair.com By Peter Lance July 18th, 2020 For the last two years I’ve been investigating an infamous homicide that took place on the late afternoon of October 7th 1966 in my hometown of Newport, RI., the historic summer colony of America’s robber barons. It happened just eight months before I started my journalism career as a cub reporter for The Newport Daily News.

As it turned out, Doris Duke, the fabulously wealthy heir to the American Tobacco Company, Alcoa Aluminum and Duke Power (now Duke Energy) had killed her longtime designer and art curator Eduardo Tirella, in an automobile crash outside the gates of Rough Point, her 10-acre estate on Bellevue Avenue, known to Newporters as “Millionaire’s Row.”

My story on that probe broke Thursday in a 14 page 8,000 word piece in Vanity Fair. 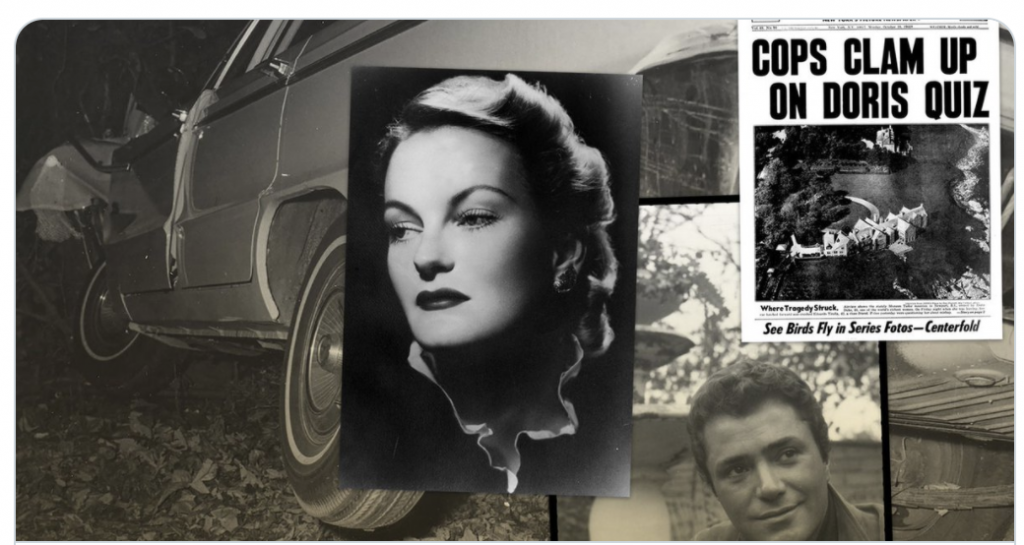 These are links to the coverage my VF piece has gotten from:

The U.K. Daily Mail
OUT Magazine Passport Magazine and my alma mater, The Newport Daily News.

LISTEN TO THE AUDM audio narration of “Homicide At Rough Point”

At the time, many  locals suspected that it was murder, but the Newport cops quickly ruled it an “unfortunate accident.” After that, Miss Duke began giving money to The City-By-The-Sea, leading some to believe that she’d bought her way out of criminal charges. As I report in the 8,000 word piece published today online and in VF’s print editions:

The truth of what happened at Rough Point gnawed at me. Then, in 2016, when candidate Donald Trump declared, “I could stand in the middle of Fifth Avenue and shoot somebody and I wouldn’t lose any voters,” it took me back to that incident. Somehow, the notion of a billionaire openly bragging that he could get away with murder sent me home to the story I should have covered in the summer of ’67. I had to know: Was Eduardo Tirella’s death really an accident? Or did the heir to one of America’s great fortunes turn a vehicle into a murder weapon—then conspire with the local authorities to cover it up? 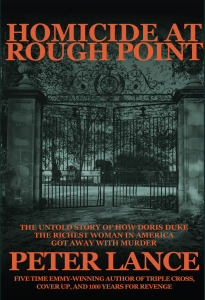 Now, after a two-year investigation I’ve proven that the answer was “Yes,” I’m now hard at work on a book of the same title to be published in late October. It encompasses the murder story but expands on the incredible relationship between Dee Dee, as her friends called her, and Eduardo, an amazing Renaissance man and war hero, who happened to be gay. Minutes before she ran him down with a two-ton Dodge Polara station wagon, Tirella had just told Doris that he was leaving her to return to the West coast where his career as a Hollywood set designer was just catching fire.

Thus, as one of his surviving friends told me, he was literally killed “on the night before the rest of his life.” That’s what makes this study in class privilege a tragedy of Shakespearean dimensions. 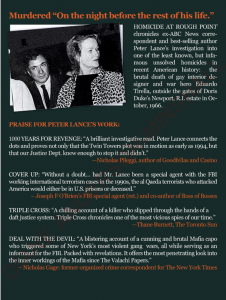 Again, you can read the VF print edition, beautifully laid out across 14 pages, wherever Vanity Fair is sold and online at vanityfair.com

Then, if the piece grabs you, you can pre-order a 386 page illustrated hardcover edition of the book at amazon and a half dozen other online booksellers. For now, here’s the book’s Introduction which is sure to draw you in to this film-noir mystery.

Inspired by Trump: My Vanity Fair piece proving Doris Duke, the richest woman in America, got away with murder gets great local, national and international coverage added by Peter Lance on July 14, 2020
View all posts by Peter Lance →