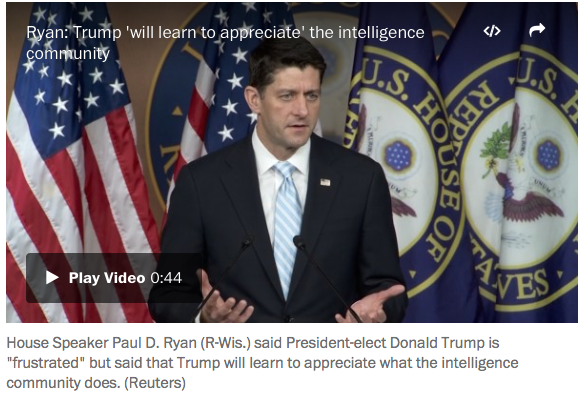 Just a week after the election, the cracks were starting to show between Trump and Republicans on some pretty major issues. Now that the election is over and it’s time for Republicans to govern, they appear to be growing wider.

Medicare reform? Despite Trump’s desire to leave it alone, Ryan says Medicare is in such a dire state that “we better get prepared to fix this problem.”

Oh, and Russia. Pretty much everyone in Washington except Trump wants to slap sanctions on Russia, Ryan included. (“I think Russia is a global menace led by a man who is menacing,” he said Thursday.)

No president and his party are on the same page on everything (see President Obama vs. congressional Democrats on trade). And Ryan and Trump have both expressed support for replacing Obamacare as soon as possible after they repeal it. (Though the devil is in the details. Ryan said Thursday it could be done within the next three months; Trump theorized a replacement plan will “most likely be on the same day or the same week, but probably, the same day, could be the same hour.”)

UPDATE: Besides Obamacare, Republicans on the Hill push back by pointing out Ryan and Trump agree on the majority of this year’s congressional agenda: Ending sanctuary cities, cutting off funding for Planned Parenthood, tax reform, having some kind of barrier on the U.S.-Mexico border, dealing “responsibly” with people whom President Obama deferred deportations to.

But when it comes to some critical decisions, such as how tough to get on Russia, or whether to get super tough on immigration, or how much federal money to spend on things like infrastructure reform, or whether to slap tariffs on imported goods, Trump increasingly looks like he’s on an island within his own party.

Even his own Cabinet nominees repeatedly broke with his campaign promises on everything from prosecuting Hillary Clinton to playing nice with Russia in their confirmation hearings this week.

What’s going on now between Trump and Republican leaders has some echoes of the dynamic during the presidential campaign: Ryan and other GOP leaders would highlight their agreements with Trump (repeal Obamacare, get a conservative on the Supreme Court, tax reform), but there were also very conspicuous disagreements (a Muslim ban, NATO, that darn Russia thing again). 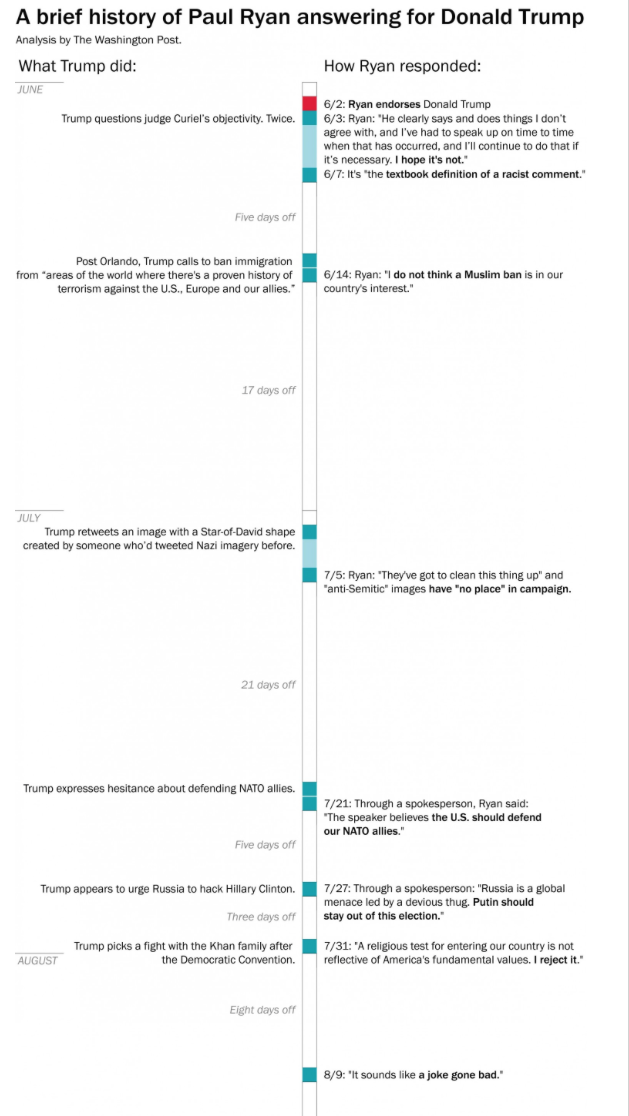 And lest you think it’s just Ryan splitting with Trump, Senate Majority Leader Mitch McConnell (R-Ky.) has vocalized his disagreements with Trump, too. He’s supported calls by Sen. John McCain (R-Ariz.) for an investigation into Russia’s meddling in the U.S. election, and he’s put a hard foot down on Trump’s term-limit proposal. (“I say we have term limits now. They’re called elections.”)

Ryan appears to still be very excited that he has a Republican president — it’s topped his wish list since he suddenly became speaker in the fall of 2015. And he’s not trying to hide the fact that there are some rifts between him and the president he got. “Look, we don’t all agree on everything. I think people kind of know that,” Ryan acknowledged Thursday.

He also appeared willing to meet Trump in the middle on some things, such as some kind of tax break for child care, a top Trump priority.

But the fact remains that Ryan and McConnell are now charged with legislating the agenda of a president whose views on some major issues they do not share.

Right now the disagreements are manifesting themselves as cracks in Republicans’ stranglehold on Washington. But keep an eye on how much those cracks widen. It could mean the difference between whether Trump’s grab-bag conservative populism reshapes the Republican Party — or gets buried by more traditional Republicans who don’t agree.