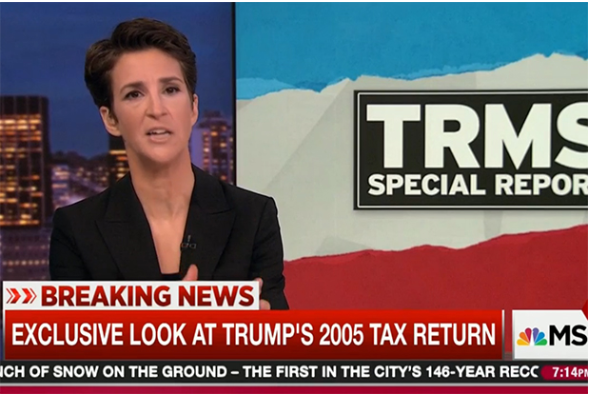 The White House said in a Tuesday statement that President Donald Trump had paid $38 million in taxes on income of more than $150 million for 2005.

Maddow’s show echoed the White House statement, saying that Trump had paid $38 million in taxes that year, and that he had taken a large write down of $103 million. In total, Trump made more than $150 million in income that year, according to the show.

Still, Trump would have paid much less for 2005 if not for the alternative minimum tax (AMT), which he has vowed to abolish.

CLICK IMAGES for direct link to Scrib.com page with pdf’s of the two pages. 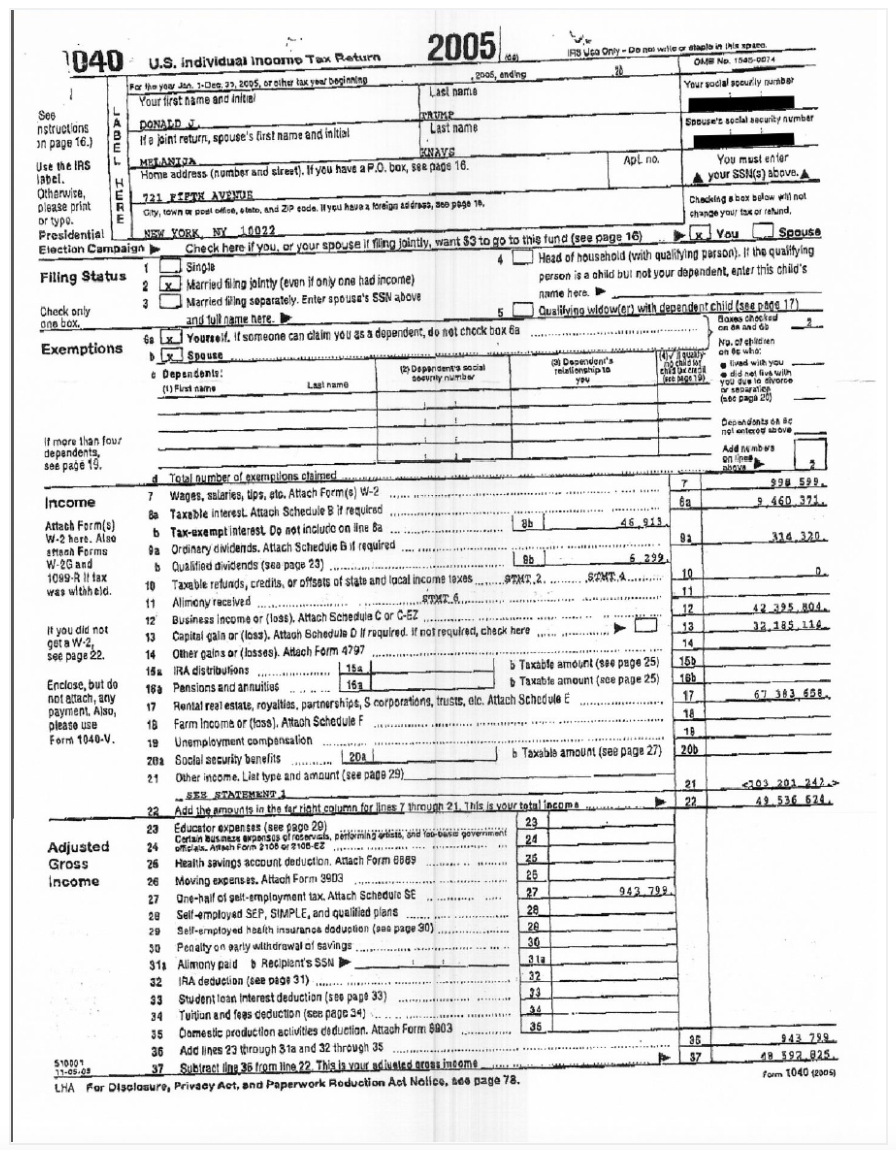 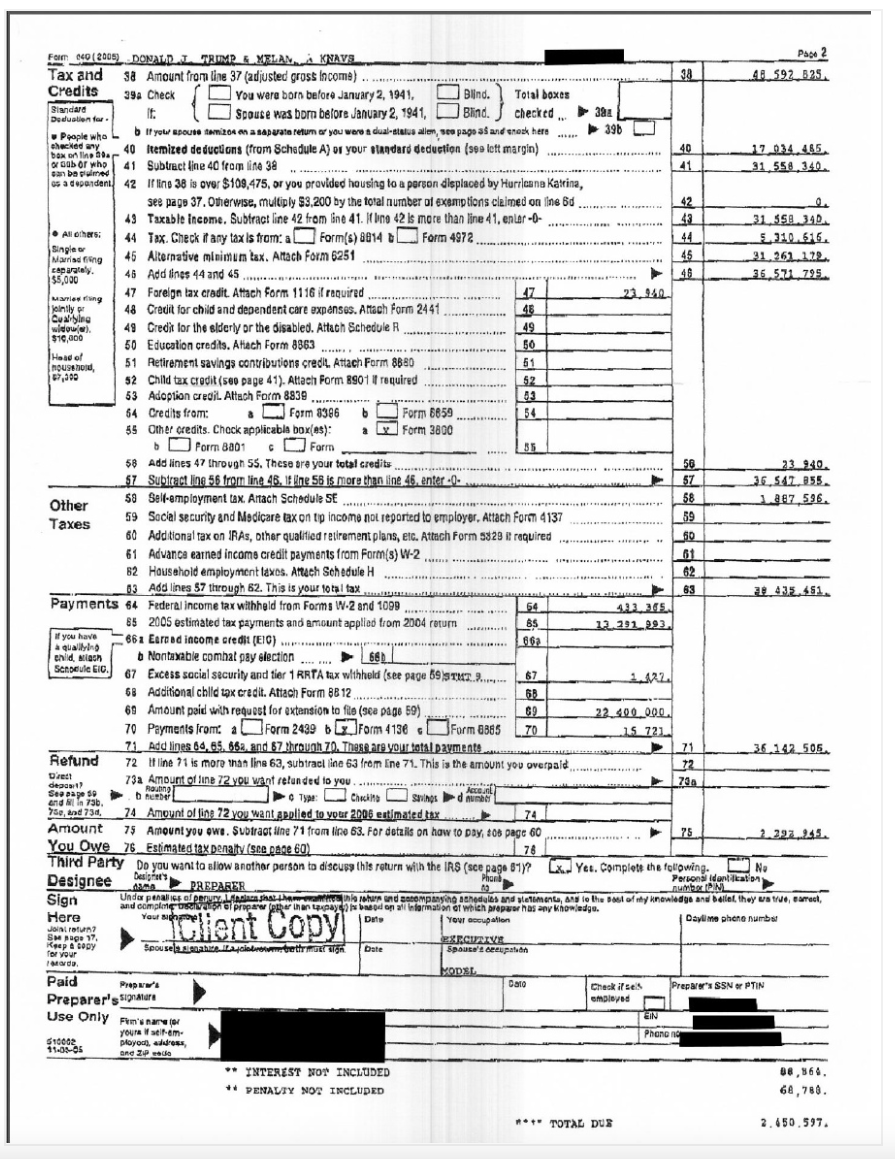 According to Johnston, Trump’s tax document had turned up in his mailbox.

Maddow said she believed this was the first time Trump’s federal tax returns had been obtained by the media. But soon after Maddow’s announcement that her show would be covering the returns, the White House preempted her with its own Trump tax revelation. 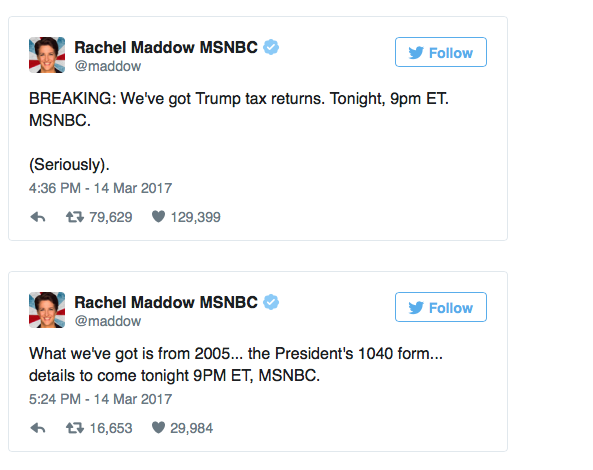 Trump’s tax returns have been an area of intense interest since he first announced his intention to run for the presidency. Despite decades of precedent, Trump refused to reveal his tax returns, claiming that he was unable to do so because of an audit by the Internal Revenue Service.

Trump, the White House said, had a responsibility “to pay no more tax than legally required.”

And in response to the impending report, the White House charged that Maddow is “desperate for ratings.”

Here’s a statement from a White House spokesperson: 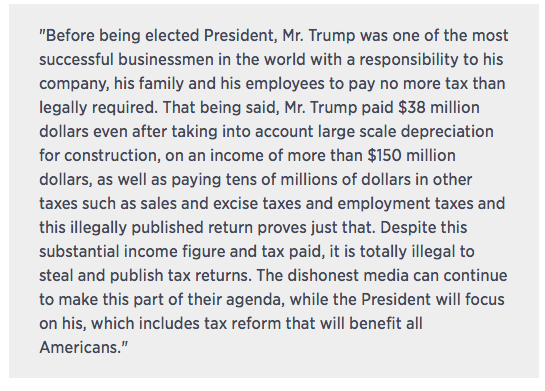 Disclosure: NBCUniversal is the parent company of MSNBC and CNBC.