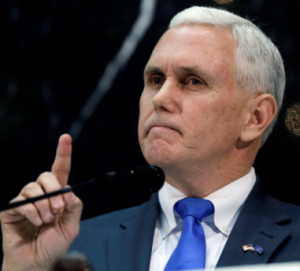 Our candidate must be willing to stand for the unborn and commit to appointing justices to the Supreme Court who will consign Roe v. Wade to the ash heap of history.

Prohibits the expenditure of federal funds for any abortion.

Since 2 years ago, the last Stem Cell bill, public support has surged for stem cells. Research is proceeding unfettered and, in some cases, without ethical standards in other countries. And even when these countries have ethical standards, our failures are allowing them to gain the scientific edge over the US. Some suggest that it is Congress’ role to tell researchers what kinds of cells to use. I suggest we are not the arbiters of research. Instead, we should foster all of these methods, and we should adequately fund and have ethical oversight over all ethical stem cell research.

Opponents support voting NO because:

A good deal has changed in the world of science. Amniotic fluid stem cells are now available to open a broad new area of research. I think the American people would welcome us having a hearing to understand more about this promising new area of science. As it stands today, we will simply have to debate the bill on the merits of information that is well over 2 years old, and I think that is unfortunate.

The recent findings of the pluripotent epithelial cells demonstrates how quickly the world has changed. Wouldn’t it be nice to have the researcher before our committee and be able to ask those questions so we may make the best possible judgment for the American people?

Reference: Stem Cell Research Enhancement Act; Bill HR 3 (“First 100 hours”) ; vote number 2007-020 on Jan 11, 2007
Voted NO on allowing human embryonic stem cell research.
To provide for human embryonic stem cell research. A YES vote would:
Reference: Stem Cell Research Enhancement Act; Bill HR 810 ; vote number 2005-204 on May 24, 2005
Voted YES on restricting interstate transport of minors to get abortions.
To prevent the transportation of minors in circumvention of certain laws relating to abortion, and for other purposes, including:
Reference: Child Interstate Abortion Notification Act; Bill HR 748 ; vote number 2005-144 on Apr 27, 2005
Voted YES on making it a crime to harm a fetus during another crime.
Vote to pass a bill that would make it a criminal offense to harm or kill a fetus during the commission of a violent crime. The measure would set criminal penalties, the same as those that would apply if harm or death happened to the pregnant woman, for those who harm a fetus. It is not required that the individual have prior knowledge of the pregnancy or intent to harm the fetus. This bill prohibits the death penalty from being imposed for such an offense. The bill states that its provisions should not be interpreted to apply a woman’s actions with respect to her pregnancy.
Reference: Unborn Victims of Violence Act; Bill HR 1997 ; vote number 2004-31 on Feb 26, 2004
Voted YES on banning partial-birth abortion except to save mother’s life.
Partial-Birth Abortion Ban Act of 2003: Vote to pass a bill banning a medical procedure, which is commonly known as “partial-birth” abortion. The procedure would be allowed only in cases in which a women’s life is in danger, not for cases where a women’s health is in danger. Those who performed this procedure, would face fines and up to two years in prison, the women to whom this procedure is performed on are not held criminally liable.
Reference: Bill sponsored by Santorum, R-PA; Bill S.3 ; vote number 2003-530 on Oct 2, 2003
Voted YES on forbidding human cloning for reproduction & medical research.
Vote to pass a bill that would forbid human cloning and punish violators with up to 10 years in prison and fines of at least $1 million. The bill would ban human cloning, and any attempts at human cloning, for both reproductive purposes and medical research. Also forbidden is the importing of cloned embryos or products made from them.
Reference: Human Cloning Prohibition Act; Bill HR 534 ; vote number 2003-39 on Feb 27, 2003
Voted YES on funding for health providers who don’t provide abortion info.
Abortion Non-Discrimination Act of 2002: Vote to pass a bill that would prohibit the federal, state and local governments that receive federal funding from discriminating against health care providers, health insurers, health maintenance organizations, and any other kind of health care facility, organization or plan, that decline to refer patients for, pay for or provide abortion services. In addition the bill would expand an existing law “conscience clause” that protects physician training programs that refuse to provide training for abortion procedures.
Reference: Bill sponsored by Bilirakis, R-FL; Bill HR 4691 ; vote number 2002-412 on Sep 25, 200s
Voted YES on banning Family Planning funding in US aid abroad.
Vote to adopt an amendment that would remove language reversing President Bush’s restrictions on funding to family planning groups that provide abortion services, counseling or advocacy.
Reference: Amendment sponsored by Hyde, R-IL; Bill HR 1646 ; vote number 2001-115 on May 16, 2001
Rated 0% by NARAL, indicating a pro-life voting record.
Pence scores 0% by NARAL on pro-choice voting record

For over thirty years, NARAL Pro-Choice America has been the political arm of the pro-choice movement and a strong advocate of reproductive freedom and choice. NARAL Pro-Choice America’s mission is to protect and preserve the right to choose while promoting policies and programs that improve women’s health and make abortion less necessary. NARAL Pro-Choice America works to educate Americans and officeholders about reproductive rights and health issues and elect pro-choice candidates at all levels of government. The NARAL ratings are based on the votes the organization considered most important; the numbers reflect the percentage of time the representative voted the organization’s preferred position.

The NRLC has been instrumental in achieving a number of legislative reforms at the national level, including a ban on non-therapeutic experimentation of unborn and newborn babies, a federal conscience clause guaranteeing medical personnel the right to refuse to participate in abortion procedures, and various amendments to appropriations bills which prohibit (or limit) the use of federal funds to subsidize or promote abortions in the United States and overseas.

In addition to maintaining a lobbying presence at the federal level, NRLC serves as a clearinghouse of information for its state affiliates and local chapters, its individual members, the press, and the public.

A bill to prohibit taking minors across State lines in circumvention of laws requiring the involvement of parents in abortion decisions.

A bill to prohibit taxpayer funded abortions and to provide for conscience protections, and for other purposes:

Congressional Summary: Susan B. Anthony and Frederick Douglass Prenatal Nondiscrimination Act of 2011: Imposes criminal penalties on anyone who knowingly or knowingly attempts to:

Deems a violation of this Act to be prohibited discrimination under the Civil Rights Act of 1964. (Violators lose federal funding.)

TITLE I: Prohibiting Federally-Funded Abortions and Providing for Conscience Protections

Source: H.R.3 &S.906 11-HR0003 on May 5, 2011
Pence signed Life at Conception Act
A bill to implement equal protection under the 14th article of amendment to the Constitution for the right to life of each born and preborn human person. Declares that the right to life guaranteed by the Constitution is vested in each human being beginning at the moment of fertilization, cloning, or other moment at which an individual comes into being. Prohibits construing this Act to authorize the prosecution of any woman for the death of her unborn child.
Source: S.346&HR.881 2009-S346 on Feb 4, 2009