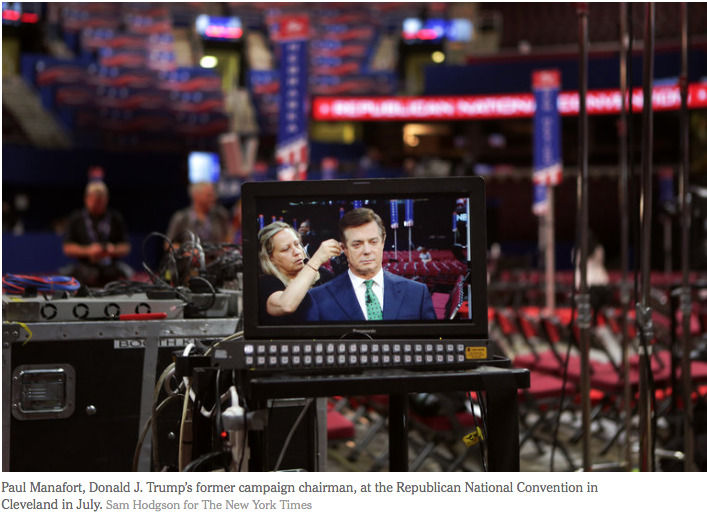 The continuing counterintelligence investigation means that Mr. Trump will take the oath of office on Friday with his associates under investigation and after the intelligence agencies concluded that the Russian government had worked to help elect him. As president, Mr. Trump will oversee those agencies and have the authority to redirect or stop at least some of these efforts.

It is not clear whether the intercepted communications had anything to do with Mr. Trump’s campaign, or Mr. Trump himself. It is also unclear whether the inquiry has anything to do with an investigation into the hacking of the Democratic National Committee’s computers and other attempts to disrupt the elections in November. The American government has concluded that the Russian government was responsible for a broad computer hacking campaign, including the operation against the D.N.C.

The counterintelligence investigation centers at least in part on the business dealings that some of the president-elect’s past and present advisers have had with Russia. Mr. Manafort has done business in Ukraine and Russia. Some of his contacts there were under surveillance by the National Security Agency for suspected links to Russia’s Federal Security Service, one of the officials said.

Mr. Manafort is among at least three Trump campaign advisers whose possible links to Russia are under scrutiny. Two others are Carter Page, a businessman and former foreign policy adviser to the campaign, and Roger Stone, a longtime Republican operative.

The F.B.I. is leading the investigations, aided by the National Security Agency, the C.I.A. and the Treasury Department’s financial crimes unit. The investigators have accelerated their efforts in recent weeks but have found no conclusive evidence of wrongdoing, the officials said. One official said intelligence reports based on some of the wiretapped communications had been provided to the White House.

Counterintelligence investigations examine the connections between American citizens and foreign governments. Those connections can involve efforts to steal state or corporate secrets, curry favor with American government leaders or influence policy. It is unclear which Russian officials are under investigation, or what particular conversations caught the attention of American eavesdroppers. The legal standard for opening these investigations is low, and prosecutions are rare.

“We have absolutely no knowledge of any investigation or even a basis for such an investigation,” said Hope Hicks, a spokeswoman for the Trump transition.

In an emailed statement Thursday evening, Mr. Manafort called allegations that he had interactions with the Russian government a “Democrat Party dirty trick and completely false.”

“On the ‘Russian hacking of the D.N.C.,’” he said, “my only knowledge of it is what I have read in the papers.”

The decision to open the investigations was not based on a dossier of salacious, uncorroborated allegations that were compiled by a former British spy working for a Washington research firm. The F.B.I. is also examining the allegations in that dossier, and a summary of its contents was provided to Mr. Trump earlier this month.

Representatives of the agencies involved declined to comment. Of the half-dozen current and former officials who confirmed the existence of the investigations, some said they were providing information because they feared the new administration would obstruct their efforts. All spoke on condition of anonymity because they were not authorized to discuss the cases.