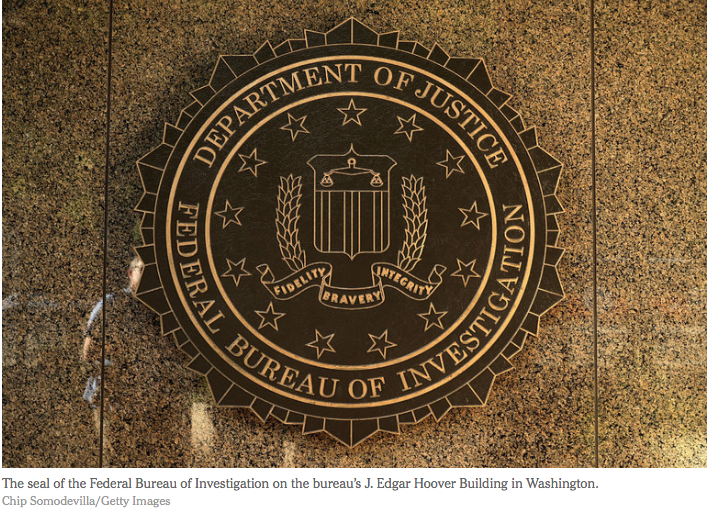 WASHINGTON — Days before he was fired, James B. Comey, the former F.B.I. director, asked the Justice Department for a significant increase in resources for the bureau’s investigation into Russia’s interference in the presidential election, according to three congressional officials who were briefed on his request.

Mr. Comey asked for the resources last week from Rod J. Rosenstein, the deputy attorney general, who also wrote the Justice Department’s memo that was used to justify the firing of Mr. Comey this week, the officials said.

Mr. Comey then briefed members of Congress on the meeting in recent days, telling them about his meeting with Mr. Rosenstein, who is the most senior law enforcement official supervising the Russia investigation. Attorney General Jeff Sessions recused himself because of his close ties to the Trump campaign and his undisclosed meetings with the Russian ambassador. 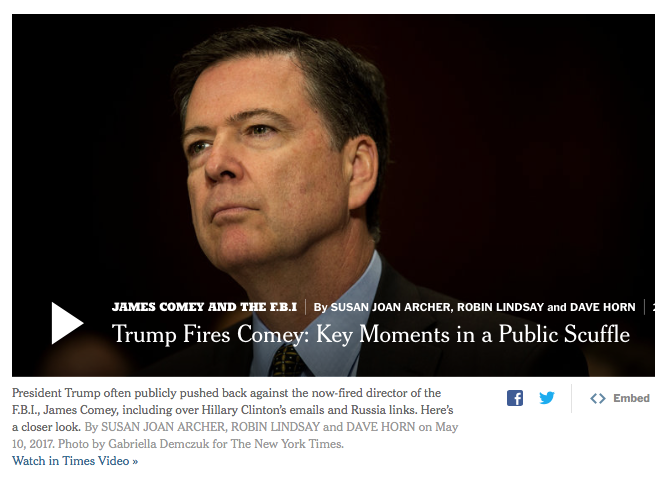 The timing of Mr. Comey’s request is not clear-cut evidence that his firing was related to the Russia investigation. But it is certain to fuel bipartisan criticism that President Trump appeared to be meddling in an investigation that had the potential to damage his presidency.

The F.B.I. declined to comment. But Sarah Isgur Flores, the Justice Department spokeswoman, said “the idea that he asked for more funding” for the Russia investigation was “totally false.” She did not elaborate.

In his briefing with members of Congress, Mr. Comey said he had been frustrated with the amount of resources being dedicated to the Russia investigation, according to two of the officials. Until two weeks ago, when Mr. Rosenstein took over as deputy attorney general, the investigation was being overseen by Dana Boente, who was acting as the deputy and is now the United States attorney for the Eastern District of Virginia.

Mr. Comey has said he was hoping that he would find a supportive boss in Mr. Rosenstein, and according to the officials, pressed for more resources so he could accelerate the investigation, which is also examining possible collusion between Trump associates and the Russian interference campaign. It was unclear how Mr. Rosenstein reacted to the request, or whether the White House was informed of it.

To a president who puts a premium on loyalty, Mr. Comey represented a fiercely independent official who wielded incredible power. Mr. Comey made his career standing up to members of the George W. Bush administration on matters of surveillance. And his advisers have cast his handling of the investigation into Hillary Clinton’s use of a private email server as evidence that he was equally willing to criticize the Democratic nominee for president.

Mr. Comey’s handling of the Clinton investigation was the stated reason for his termination, and the White House has insisted it had nothing to do with the Russia inquiry, which has become a major distraction for the Trump administration.

Mr. Comey broke with longstanding policies by speaking publicly about the Clinton investigation twice last year. He also termed Mrs. Clinton’s handling of classified information as “extremely careless,” an estimation that went far beyond what the authorities normally say in cases where nobody is charged.