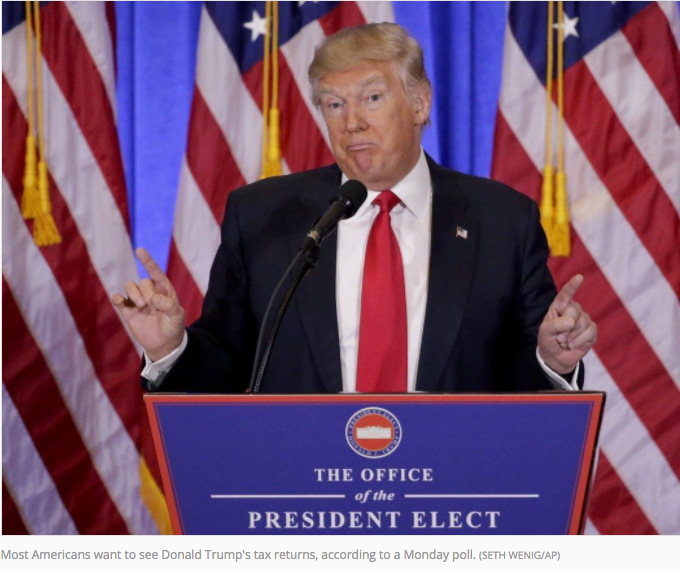 Donald Trump claimed during his first press conference as President-elect last week that “only reporters” care about seeing his tax returns — but a new poll suggests that nearly three quarters of the country believe that he should release them.

Seventy-four per cent of Americans agree that Trump should publicly disclose his returns and four in 10 cares “a lot” about them, according to an ABC News/Washington Post poll out Monday. The survey was conducted over a four day span, starting on the day after Trump’s tumultuous presser.

The President-elect has refused to release his returns, claiming that he can’t because they’re under federal audit. That claim has been repeatedly debunked by tax experts who say there are no laws barring Trump from disclosing his filings — even if he’s being audited.

The Monday poll also surveyed Americans’ take on whether Trump and his family members are complying with federal ethics laws. Forty-three per cent of those polled believe that the Trumps are in line with government ethics, while 44 beg to differ. 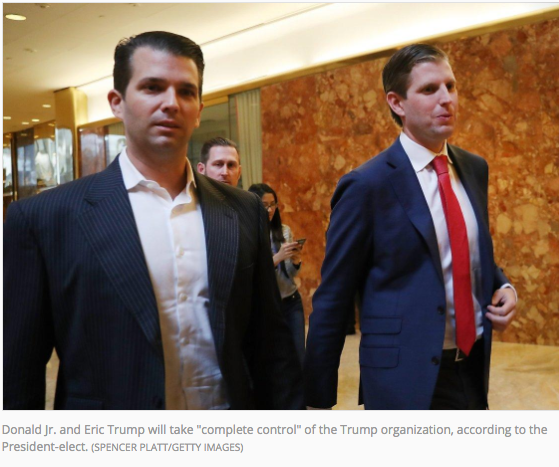 Trump was widely criticized for announcing last week that he won’t — as previously promised — put his sprawling business empire into a blind trust in order to avoid any conflicts of interest as President. Instead, Trump said his two sons, Eric and Donald Jr., will take “complete control” of his company.

“They’re going to be running it in a very professional manner, they’re not going to discuss it with me,” Trump said during last week, his two suit-clad sons next to him.

But that pledge apparently didn’t strike a very convincing tone among those polled for the Monday survey, with 48% overall saying that the plan is insufficient. Forty-two% said he should have sold his business instead.

he poll was conducted in English and Spanish, among a random sample of 1,005 adults meant to reflect the national electorate. The results have a margin of error of 3.5 points.

NY Daily News: Contrary to Donald Trump’s belief, 74% of Americans want to see his tax returns, according to poll added by Peter Lance on January 17, 2017
View all posts by Peter Lance →