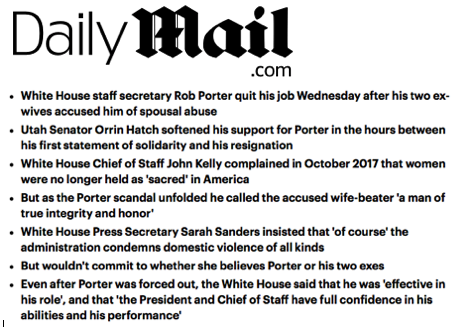 Rob Porter, who resigned his position Wednesday as White House staff secretary, initially received strong backing from his former boss, Utah Sen. Orrin Hatch, following accusations that Porter was abusive toward one of his ex-wives.

But that support seemed to evaporate when the second ex came forward with photos that she said showed a black eye Porter gave her.

Porter was Hatch’s chief of staff from March 2014 until he came to the White House on Inauguration Day.

In an exclusive statement to DailyMail.com on Tuesday, Hatch said that it was ‘incredibly discouraging to see such a vile attack on such a decent man. Shame on any publication that would print this — and shame on the politically motivated, morally bankrupt character assassins that would attempt to sully a man’s good name.’

CLICK IMAGE ABOVE FOR DIRECT LINK TO DAILY MAIL STORY 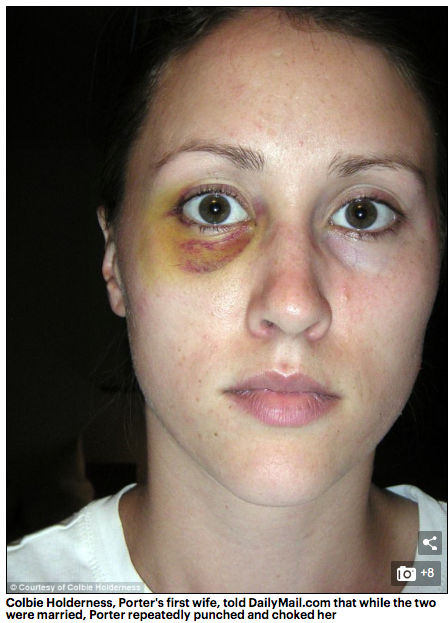 ‘I know Rob. I’ve known him for years, both as a close friend and as a personal advisor,’ Hatch continued at the time. ‘He is kind and considerate towards all.’

‘The country needs more honest, principled people like Rob Porter, which is why I hope that this cynical campaign to discredit his character ultimately fails.’

Less than 15 hours later, however, after DailyMail.com published the black-eye photos and Porter resigned his position, Hatch backpedaled and said he didn’t know what Porter may have done in the years before he knew him.

‘I am heartbroken by today’s allegations,’ Hatch said in a statement to reporters.

‘In every interaction I’ve had with Rob, he has been courteous, professional, and respectful. My staff loved him and he was a trusted advisor.’

I do not know the details of Rob’s personal life. Domestic violence in any form is abhorrent and unacceptable. I am praying for Rob and those involved,’ he said.

White House Chief of Staff John Kelly hasn’t wavered in his support for Porter, whom he reportedly urged to stay.

In a statement to DailyMail.com on Tuesday, he said that ‘Rob Porter is a man of true integrity and honor and I can’t say enough good things about him.’

‘He is a friend, a confidante [sic] and a trusted professional. I am proud to serve alongside him.’ 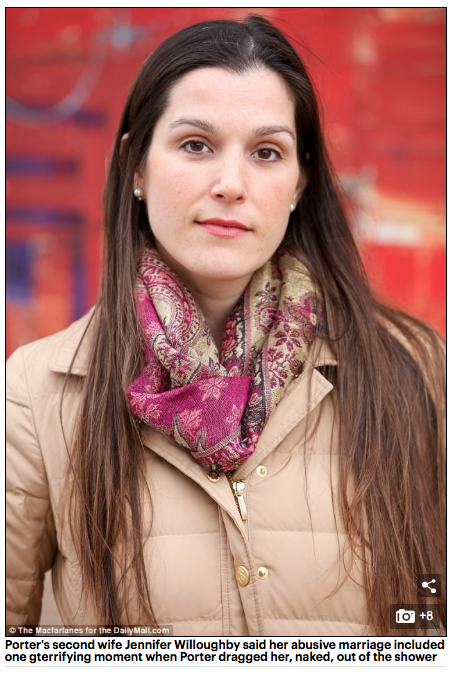 But in October 2017 the retired U.S. Marine Corps general lectured the White House press corps, complaining that women were no longer ‘sacred’ in America.

‘When I was a kid growing up, a lot of things were sacred in our country,’ he said then. ‘Women were sacred and looked upon with great honor.’

‘That’s obviously not the case anymore, as we see from recent cases.’

Statements from White House Press Secretary Sarah Sanders also semed to evolve as the story grew in intensity and Porter was forced out.

‘I have worked directly with Rob Porter nearly every day for the last year and the person I know is someone of the highest integrity and exemplary character,’ Sanders said Tuesday. 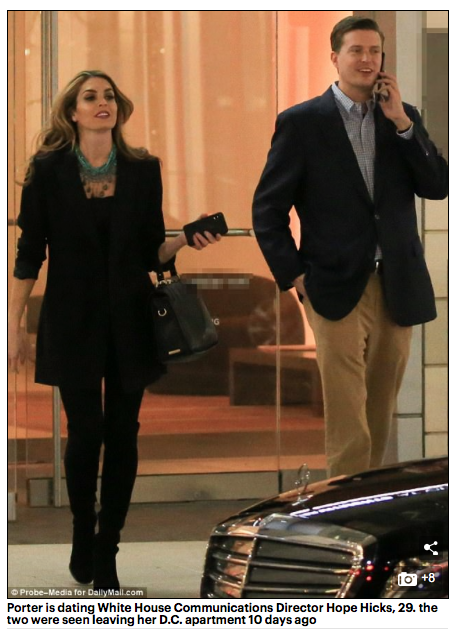 ‘Those of us who have the privilege of knowing him are better people because of it.’

In her office after she announced Porter’s resignation, Sanders said that ‘of course’ the Trump White House condemned domestic violence of any kind.

White House Press Secretary Sarah Sanders insisted that ‘of course’ the administration condemns domestic violence of all kinds, but wouldn’t commit to whether she believes Porter or his two ex-wives

Sanders wouldn’t, however, say that the White House sided with Porter’s ex-wives or believed their accounts of his behavior.

‘It’s not a matter of “believe” or “don’t believe”,’ she told DailyMail.com, straddling both sides of what had become a heated dispute between a trusted colleague and the women who claimed he abused them.

‘I hurt for anyone who’s experienced anything like that – I haven’t – in whatever degree. But at the same time I can only talk about my personal experience and interactions,’ she said.

Hours after Porter’s resignation was made public, Sanders released a statement in which she said has had been ‘effective in his role.’

‘The President and Chief of Staff have full confidence in his abilities and his performance,’ she continued, while not commenting on his character.