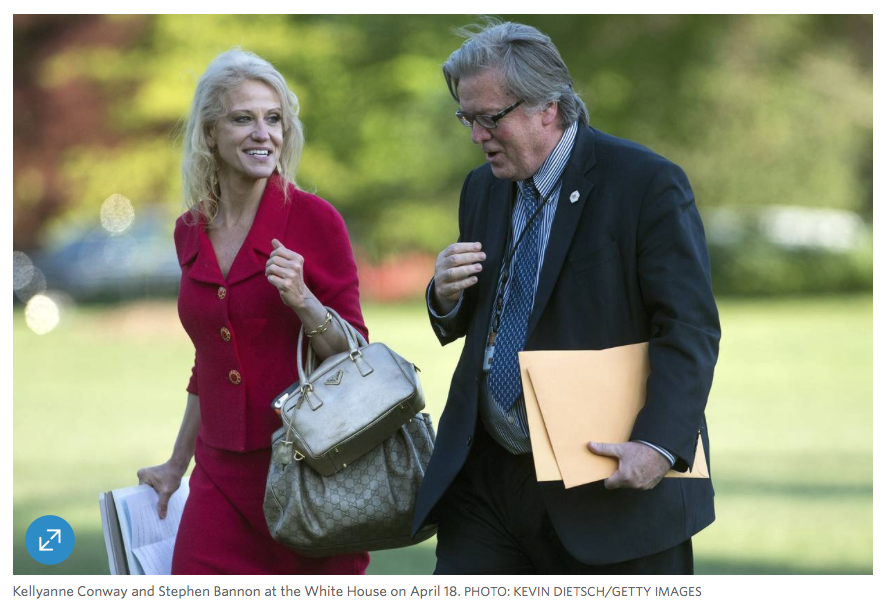 Peter W. Smith listed Bannon, Conway and Clovis, besides Flynn, in a recruiting document; his purpose isn’t clear and there’s no indication he asked for or received any coordination with them.

WASHINGTON—A longtime Republican activist who led an operation hoping to obtain Hillary Clinton emails from hackers listed senior members of the Trump campaign, including some who now serve as top aides in the White House, in a recruitment document for his effort.

CLICK IMAGE ABOVE for direct link to WSJ story.

The activist, Peter W. Smith, named the officials in a section of the document marked “Trump Campaign.” The document was dated Sept. 7, 2016. That was around the time Mr. Smith said he started his search for 33,000 emails Mrs. Clinton deleted from the private server she used for official business while secretary of state. She said the deleted emails concerned personal matters. She turned over tens of thousands of other emails to the State Department.

As reported Thursday by The Wall Street Journal, Mr. Smith and people he recruited to his effort theorized the deleted emails might have been stolen by hackers and might contain matters that were politically damaging. He and his associates said they were in touch with several groups of hackers, including two from Russia they suspected were tied to the Moscow government, in a bid to find any stolen emails and potentially hurt Mrs. Clinton’s prospects.

Mr. Smith’s purpose in listing the officials isn’t clear. There is no indication in the document that he sought or received any coordination from the campaign officials or the campaign in general.

Mr. Smith died in mid-May at age 81, about 10 days after he spoke to the Journal. He said he operated independently of the Trump campaign.

Officials identified in the document include Steve Bannon, now chief strategist for President Donald Trump; Kellyanne Conway, former campaign manager and now White House counselor; Sam Clovis, a policy adviser to the Trump campaign and now a senior adviser at the Agriculture Department; and retired Lt. Gen. Mike Flynn, who was a campaign adviser and briefly was national security adviser in the Trump administration. 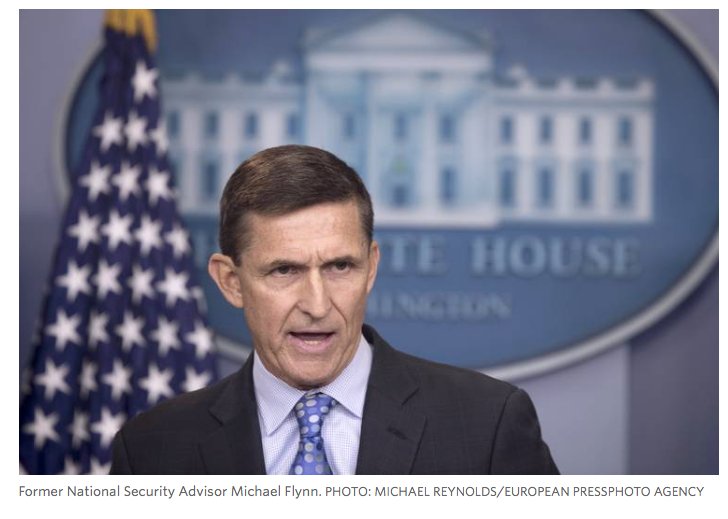 Mr. Bannon said he never met with Mr. Smith or anyone affiliated with a limited-liability company, KLS Research LLC, that the document said had been established for its mission. “Never heard of KLS Research or Peter Smith,” Mr. Bannon said.

Ms. Conway said she knew Mr. Smith from Republican politics but hadn’t spoken to him in years. “I never met with him” during the campaign, Ms. Conway said. “There were no calls, no meetings, no nothing.”

The White House didn’t immediately respond to a request for comment. Neither did the Agriculture Department, Mr. Clovis’s employer.

Mr. Flynn, his consulting firm Flynn Intel Group and his son Michael G. Flynn, who was chief of staff at Flynn Intel, were cited more extensively as Mr. Smith sought to recruit researchers, as well as in documents related to the effort that have been described to the Journal. Neither Mr. Flynn nor his son responded to requests for comment.

The names of the other campaign officials haven’t surfaced in connection with Mr. Smith’s work except in the document, which the Journal reviewed on Friday.

The document section that lists campaign officials is followed by the words, “in coordination to the extent permitted as an independent expenditure.”—a possible reference to campaign strictures imposed by campaign finance and disclosure laws.

The document was included in a package of opposition research Mr. Smith shared through an encrypted email with Matt Tait, a cybersecurity expert who once worked for British intelligence. Mr. Tait said he was approached last summer by Mr. Smith, who wanted him to help verify whether emails offered to the group by hackers came from Mrs. Clinton’s private server.

After discussing his project by phone and in emails Mr. Smith gave him a document called the “KLS research packet,” which contained articles Mr. Smith planned to use for opposition research, Mr. Tait said. The packet cover sheet is the document that listed the Trump campaign officials. Mr. Smith’s name and phone number are typed at the bottom of it.

The document Mr. Smith presented to Mr. Tait, which he kept, is titled, “A Demonstrative Pedagogical Summary to be Developed and Released Prior to November 8, 2016,” which was Election Day.

It cites as the “preferred vehicle” for the effort a limited-liability company established in Delaware. Mr. Smith established KLS Research as that vehicle on Sept. 2, according to incorporation documents.

The House Intelligence Committee and its counterpart in the Senate are investigating Russian election meddling and whether there was coordination with the Trump campaign. So is Special Counsel Robert Mueller. President Trump has denied any collusion. The Russian government has denied it tried to interfere.

U.S. investigators have examined reports from intelligence agencies that tell of Russian hackers discussing how to get emails from Mrs. Clinton’s server and transmit them to Mr. Flynn via an intermediary, according to U.S. officials with knowledge of the intelligence. It isn’t clear who the intermediary might have been or whether Mr. Smith’s operation was the one allegedly under discussion by the Russian hackers.

Mr. Smith said in the May interview he had assembled a group of technology experts, lawyers and a Russian-speaking investigator based in Europe to acquire emails his group theorized might have been stolen from Mrs. Clinton’s private server.

He said that after vetting batches of emails offered to him by hacker groups last fall, he couldn’t be sure enough of their authenticity to leak them himself and told the hackers to give them to WikiLeaks.