By Peter Lance on June 19, 2018Comments Off on WP Opinion: There may have been an FBI conspiracy involving the 2016 election. But not the one you think 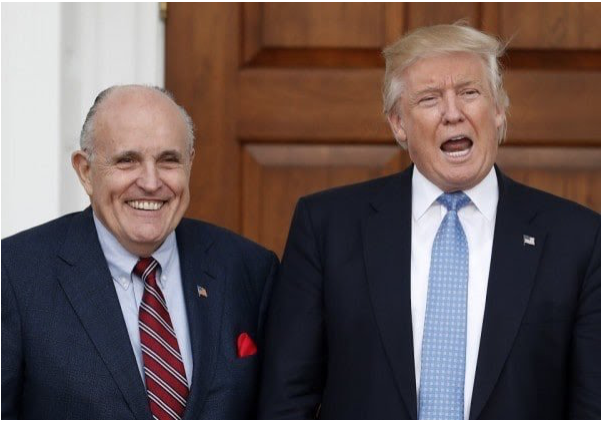 This afternoon, Justice Department Inspector General Michael Horowitz will testify on Capitol Hill about the lengthy report he issued last week on the FBI’s investigation into Hillary Clinton’s email, but what may be the most important part of the story of the FBI and Clinton in 2016 has gotten almost no attention.

The blizzard of lies and innuendo that President Trump has thrown up around this issue has succeeded in narrowing the questions that get asked to exactly the ones he wants. Was there a “deep state” conspiracy against Trump? Was the FBI unspeakably biased against him? Was the investigation into Russia illegitimate from the beginning? Even if you answer “no” to all of those questions, you’re still talking about what Trump wants you to talk about.

But here’s what we ought to be asking: Did FBI agents in the bureau’s New York office effectively make Donald Trump the president of the United States?

If you’re wondering what I’m talking about, you probably aren’t alone. But let’s look at it this way: You’ve no doubt heard of Peter Strzok and Lisa Page, the FBI officials who were having an affair and exchanged text messages in which they expressed their mutual distaste for the future president. You’ve heard of them because the Justice Department showed reporters their texts, then conservative media and Trump proceeded to make them famous, despite the fact that there is precisely zero evidence that their personal feelings about Trump biased the investigations they were involved in. The inspector general’s report concludes that whatever Strzok and Page may have said to each other in private, they didn’t do anything about it. 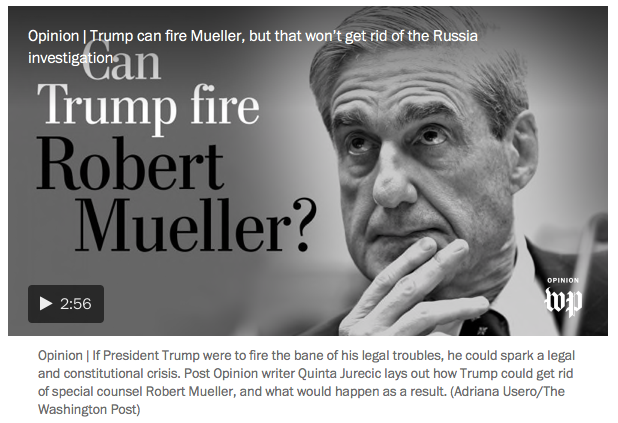 In contrast, a group of FBI agents in the bureau’s New York office sems to have been doing everything it could in the fall of 2016 to make sure Clinton wouldn’t become president. We don’t know their names. We haven’t read their texts. We may eventually learn the full extent of the actions they took, since the inspector general is conducting a separate investigation that involves them. But to this point, it has been something only the most dedicated aficionados of the story of how James B. Comey all but handed Trump the election knew anything about.

Let’s begin with the fact that during 2016, the FBI’s New York office was by numerous accounts the epicenter of an effort to undermine Clinton through leaks to the media and prominent Republicans. As one report put it just before the election, “Deep antipathy to Hillary Clinton exists within the FBI, multiple bureau sources have told the Guardian, spurring a rapid series of leaks damaging to her campaign just days before the election.” As one agent put it, “The FBI is Trumpland.” A former Justice Department official told Vanity Fair in 2017, “It was widely understood that there was a faction in [the New York] office that couldn’t stand her and was out to get her.”

Their efforts became critical when the office, in the course of its investigation of Anthony Weiner, husband of Clinton aide Huma Abedin, acquired Weiner’s laptop on Sept. 26, 2016, and found on it thousands of emails to and from Clinton. Rep. Devin Nunes, chairman of the House Intelligence Committee and Trump’s most slavish water carrier, said last week: “We had whistleblowers that came to us in late September of 2016 who talked to us about this laptop sitting up in New York that had additional emails on it. So good F.B.I. agents brought this to our attention.” It’s a bit curious to characterize FBI agents who rushed to tell a Republican congressman about Weiner’s laptop within just a few days of its discovery, and before they had gone through the emails to see whether there was anything problematic about them (which, it turned out, there wasn’t), as “whistleblowers.” Rep. Adam Schiff, ranking Democrat on the Intelligence Committee, said yesterday that Nunes never told him at the time.

At the same time, there were agents leaking information about investigations into the Clinton Foundation to none other than Rudy Giuliani, who would then go and air the charges on Fox News. Two days before Comey would tell Congress that the bureau had reopened the investigation into Clinton’s emails — a blockbuster announcement that may well have thrown the election to Trump — Giuliani said on Fox News, “I do think that all of these revelations about Hillary Clinton finally are beginning to have an impact. He’s got a surprise or two that you’re going to hear about in the next two days.”

To give you one more example, just days before the election, an FBI source told Fox News’s Bret Baier that Clinton’s email had been hacked and she would soon be indicted — a false story that Baier later apologized for airing. But of course by then the damage had been done, and the picture of Clinton as an impossibly corrupt figure who would be locked up any day was firmly entrenched in the public’s mind.

To return to the question of Comey’s fateful decision to announce the reopening of the Clinton investigation, the inspector general’s report faults him, quite appropriately, for violating the bureau’s policy on not making any public statements close to an election that could affect the election’s outcome. Many have long speculated that Comey, knowing about the antipathy toward Clinton in the New York office, assumed that if he didn’t make it public, the information would be leaked and he’d look as though he was trying to conceal it. In the IG report, former attorney general Loretta Lynch describes a conversation she had with Comey:

And then I said, now, we’ve got to talk about the New York office in general. And he said yes. And I said we both work with them. We both know them. We both, you know, think highly of them. I said, but this has become a problem. And he said, and he said to me that it had become clear to him, he didn’t say over the course of what investigation or whatever, he said it’s clear to me that there is a cadre of senior people in New York who have a deep and visceral hatred of Secretary Clinton.

For the record, Comey says that his decision to announce the reopening of the Clinton investigation wasn’t because he was afraid that news of the laptop’s discovery would be leaked, and of course we can’t know everything that was in his head.

But it’s obvious that we have to ask some pointed questions about the agents in the New York office. If they acted inappropriately, who were they? How many of them were involved? Were they coordinating their activities? Now that we’ve read Strzok and Page’s personal communications, should we see theirs as well?

Republicans are certainly not going to ask those questions. But perhaps the IG will in his next report, or Democrats will if they can take back Congress. Because there’s plenty of evidence to suggest that at least some FBI agents were indeed trying to swing the outcome of the 2016 campaign, and they may well have succeeded.

Paul Waldman is an opinion writer for the Plum Line blog.

WP Opinion: There may have been an FBI conspiracy involving the 2016 election. But not the one you think added by Peter Lance on June 19, 2018
View all posts by Peter Lance →