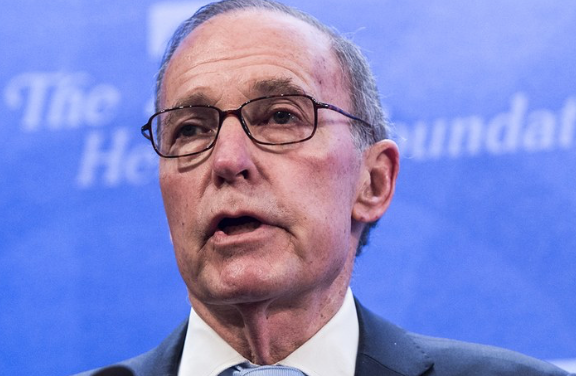 Larry Kudlow argues you can trust Trump’s billionaire advisers because “wealthy folks have no need to steal.”

There has never been a White House administration nearly as wealthy as the team of financiers and business magnates Donald Trump has selected to implement his supposedly populist vision. Over the last seven weeks, the president-elect has assembled a team whose collective wealth, so far, hovers at around $13 billion—and that doesn’t include ”special adviser” Carl Icahn, who alone is worth $16.5 billion. Some naysayers have suggested that we should be worried about putting the fate of the nation, almost exclusively, in the hands of a group of billionaires (and mere multi-millionaires); others have pointed out the hypocrisy of Trump having run a campaign that promised to put the working class first and then surrounding himself with members of the three-comma club.

But Larry Kudlow, inveterate supply-sider and leading candidate to run the Council of Economic Advisers, has another take, which he published in the National Review late last week: putting the obscenely wealthy in charge of the government is actually a great idea because, unlike the middle class, you can actually trust the rich. Sayeth Kudlow:

That stealing and engaging in corruption of the white-collar variety is a time–honored tradition among the wealthy somehow didn’t make Kudlow’s essay. Perhaps he simply meant that we can trust Trump’s Cabinet members not to steal flatware from the White House. But just because the rich can’t be bought doesn’t mean that they wouldn’t like a massive tax cut, just to wet their beaks. And those tax cuts need to happen as soon as possible, according to Kudlow. Not later in 2018, now—and you can tell he’s serious because he’s willing to postpone destroying Obamacare to get it done. 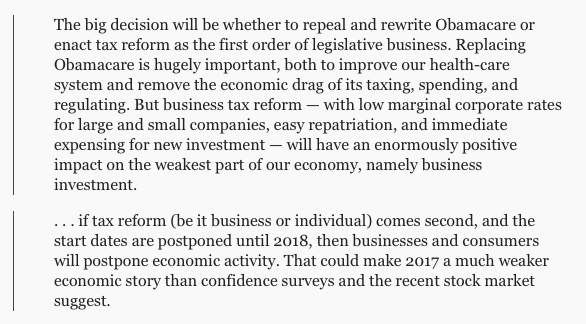 Yes, our selfless billionaires don’t make any decisions based on such crude incentives as money, but also the economy won’t grow until we give the rich more monetary incentives. So hop to it, Congress, and if you see anyone entering Trump Tower to discuss a role in the administration who, at first glance, looks like they only own one home, report them to security and/or Larry Kudlow immediately