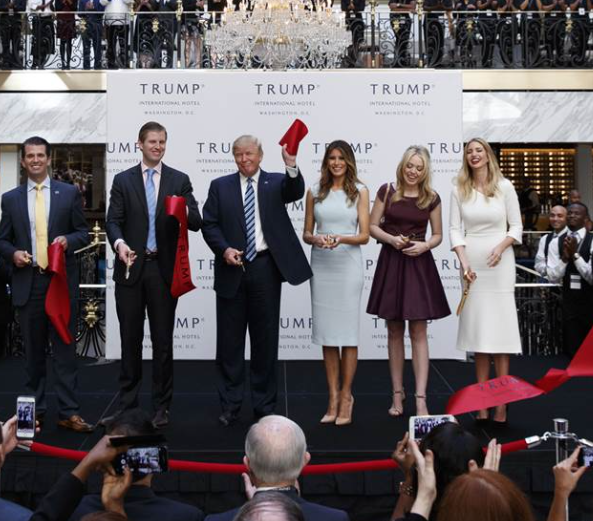 A Washington restaurant filed an unfair competition lawsuit Thursday against President Donald Trump and the company that runs his D.C. hotel, claiming he’s siphoning away customers who hope to “curry favor” with his administration.

Cork Wine Bar, a well-reviewed eatery about 1.5 miles from the $200 million Trump International Hotel, is suing Trump as a private businessman and not as president, but suggests that he could remedy the problem by resigning.

Alan Garten, a lawyer for the Trump Organization, called it “a wild publicity stunt completely lacking in legal merit.” 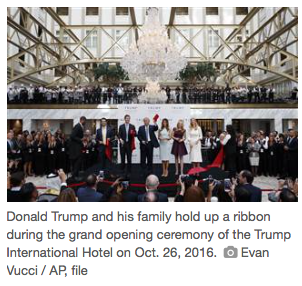 Cork Wine Bar’s owners — progressive activist Khalid Pitts and his wife, Diane Gross — argue that because Trump is president, his hotel and its bars and restaurants have become the top destination for lobbyists, foreign dignitaries and others hoping to influence the White House.

Cork and other bars and restaurants in Washington are now “second choice for anyone who wants to gain favor with the government,” the couple’s attorney, Scott Rome, said at a press conference.

The couple, whose legal team includes government watchdog lawyers, said they embrace competition but believe Trump is using his government stature to get a leg up on small businesses. 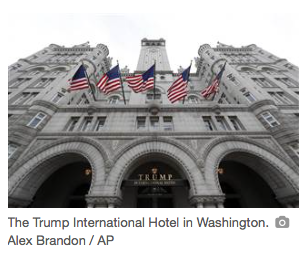 The suit points to a January press conference at which White House press secretary Sean Spicer plugged the “stunning” hotel and quotes an anonymous lobbyist saying that senior administration staff who hang out in the lobby bar see who is spending money there.

“Someone is paying attention to the person who orders the $1,000 bottle of wine,” the lobbyist was quoted as saying.

Pitts and Gross claim their loss of business spiked right after Trump was elected president. However, they declined to put a dollar-figure on it and could not point to specific bookings that were canceled.

“President Donald Trump’s ownership constitutes unfair competition and we are asking the courts to stop it,” Gross said. 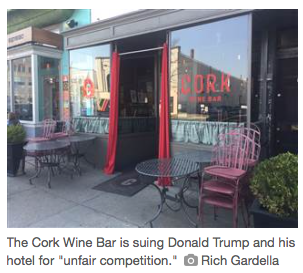 She and her husband are not seeking monetary damages. Instead, their attorney said, they want Trump to divest from the hotel, close it — or resign.

“We are not seeking money,” Pitts said. “We simply want to level the playing field so all D.C. restaurants can complete fairly.”

The lawyers stressed that the lawsuit is a business case and not a constitutional challenge invoking what’s known as the Emoluments Clause, which says that no office holder can accept a benefit from a foreign state.

A separate federal lawsuit argues that Trump violated the Emoluments Clause by failing to dissolve his business interests with foreign governments.

Trump has resigned from the Trump Organization, which is now being run by his sons. He still holds a financial interest, though he has pledged not to take profits from his businesses’ dealings with foreign clients. CLICK IMAGE BELOW for link to video: 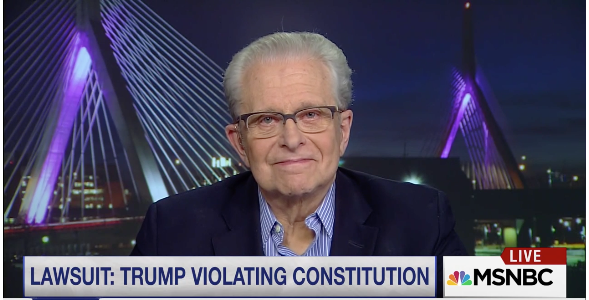 Gross said that even though she is a Democrat, the decision to sue was a business call, not a political statement.

“It has nothing to do with the policies of the president,” she said.

“We’ve never sued anyone before,” she added.

“Never mind the president of the United States,” her husband said.  CLICK IMAGE BELOW for link to THE COMPLAINT in K&D, LLC t/a CORK, vs. Trump Old Post Office, LLC and Donald J. Trump: 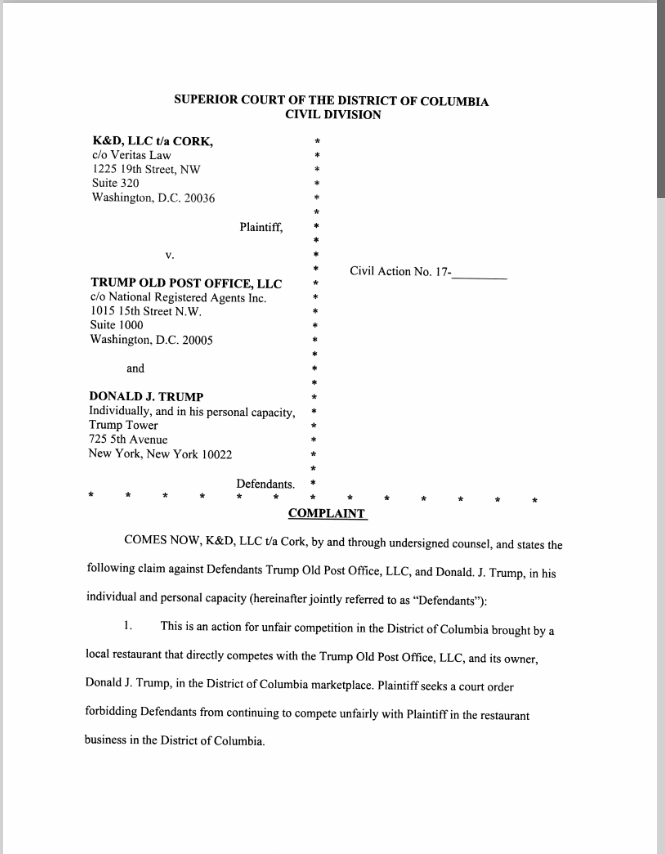