CNN Opinion: Putin set a trap and Trump fell into it 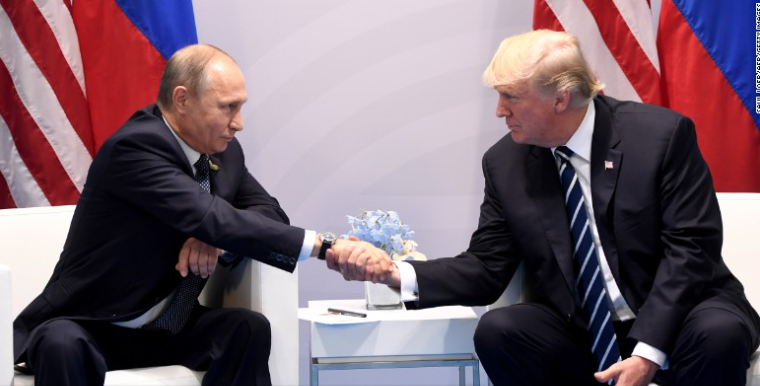 By Jen Psaki Sat July 8 The Russians just played the President. It was predictable. And he let it happen. On paper, Vladimir Putin should not have had the upper hand going into the meeting.

To start with, Russia has been living with sanctions put in place more than three years ago because of their annexation of Crimea.

CLICK IMAGE ABOVE for direct link to CNN commentary and video.

And most Americans, save a few people including the President of the United States, are confident that Putin led the Russian intervention into the American election and into many other elections around the world. 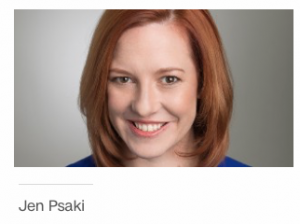 President Obama booted out nearly three dozen spies in December and closed two compounds, and there are many, from both parties, calling for an additional round of sanctions on Russia.

We should have had some leverage. So what happened?

To start with, the Russians are skilled public manipulators. When I was at the State Department, the country that was easiest for our team to work with on logistics — whether it was access to the press, or when to do statements or take questions — were the Russians.

They understand, better than most, the importance of the public side of diplomacy. It made planning easy, but it also required on-the-fly adjustments to make sure that the Russians didn’t read out meetings or characterize conversations without the perspective of the United States. And they still got the best of us from time to time.

They know how to stage-manage and how to set the expectations for global events. Foreign Minister Sergey Lavrov is a smooth operator who knows how to charm cameras and international audiences. He is visible at international events and followed by a gaggle of adoring state-run media. He also rarely shies away from answering questions, holding press conferences, or reading out meetings. He has been on the international scene as foreign minister for 13 years, and as the UN ambassador for 10 years before that, and it shows. 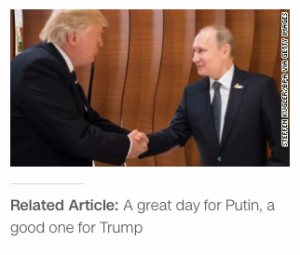 Putin may have less of a warm diplomatic bedside manner, but he understands the art of presentation and how to set a trap.

And set a trap is exactly what he just did.

The Russians telegraphed in advance of the meeting that their agenda was to 1) publicly mend the relationship, 2) gain a better understanding of US policy, and 3) discuss joint concerns over terrorism. They scored on all three.

Their previewing kept expectations low and made clear that there simply would not be enough time to talk about Ukraine.

And how did the United States preview the meeting and set the table for the most important diplomatic engagement this summer? 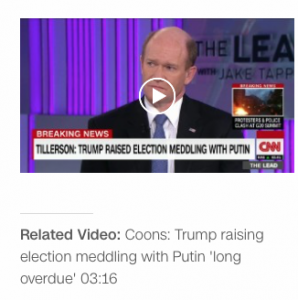 Just yesterday, President Donald Trump questioned the validity of American intelligence on foreign soil and then questioned whether other countries or actors were involved in the hacking.

But before that, H.R. McMaster, the President’s national security adviser, previewed the meeting with President Putin by saying there was “no specific agenda — it’s really going to be whatever the President wants to talk about.”

The problem is that the expectation-setting and previewing of important diplomatic meetings does more than just fill wire reports and cable air time. It sends the message about what the United States expects to accomplish, how prepared we are for the engagement and also puts the difficult topics on the table that are the core purpose of these meetings.

We did a background briefing with policy experts in advance of nearly every trip Secretary John Kerry did when I was at the State Department. These briefings were often on the plane late at night or early in the morning, sometimes at Andrews Air Force Base and even on the ground. They were demanded by the press corps, but also benefitted the United States because they allowed us to set the table for our engagements. 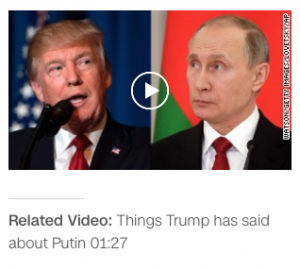 Immediately following the meeting, Secretary of State Rex Tillerson appeared on television making clear that President Trump had repeatedly raised Russian meddling in the meeting. That sounded like a positive development until he said President Trump has decided to focus on “how do we move forward from something that may be an intractable disagreement at this point.”

This statement was quickly followed by Foreign Minister Lavrov appearing on television to say that President Putin had denied involvement, Trump said reports of meddling were exaggerated and he accepted Putin’s denials.

Leading American intelligence agencies, Republicans and Democrats in Congress and many members of his own administration are confident that the Russians intervened in the American election last year. But a simple assurance from President Putin overrides that.

You don’t get a lot of shots at pressure in diplomacy. And after you’ve let your adversary off the hook, you certainly don’t get to apply that pressure again. As far as the Russians are concerned, the public case is closed.

The problem is that the free public pass doesn’t make it harder for Russians to proceed with their ongoing efforts to intervene in American democracy, to create confusion and disarray in our system.

And there are ample opportunities.

There are two governor’s elections this November, and an additional 36 in 2018. There are 34 Senate seats up in 2018 and every single seat in the House of Representatives. Not to mention that just last year, the Russians potentially hacked into 21 states’ electoral systems.

And instead of presenting evidence during his meeting with President Putin and making clear that he would stand with Democrats and Republicans and the leading intelligence agencies, Trump accepted the assurances of Putin all while smiling in front of the cameras. And the Russians have photos — that they are already expertly spreading around the Internet — to prove it.

Editor’s Note: Jen Psaki, a CNN political commentator and spring fellow at the Georgetown University Institute of Politics and Public Service, was the White House communications director and State Department spokeswoman during the Obama administration. She also was a consultant for Planned Parenthood Federation of America. Follow her: @jrpsaki. The opinions expressed in this commentary are hers.