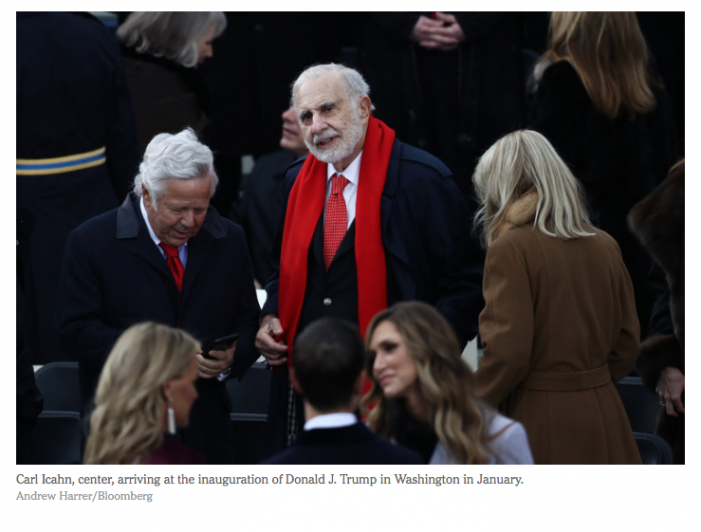 By ERIC LIPTON MARCH 26, 2017 WASHINGTON — Since Carl Icahn, the billionaire investor, was named by President Trump as a special adviser on regulatory matters, he has been busy working behind the scenes to try to revamp an obscure Environmental Protection Agency rule that governs the way corn-based ethanol is mixed into gasoline nationwide. CLICK IMAGE […]

By Peter Lance on March 25, 2017   45: THE BEST REPORTING, Conflicts of Interest, THE RUSSIA-TRUMP CONNECTION 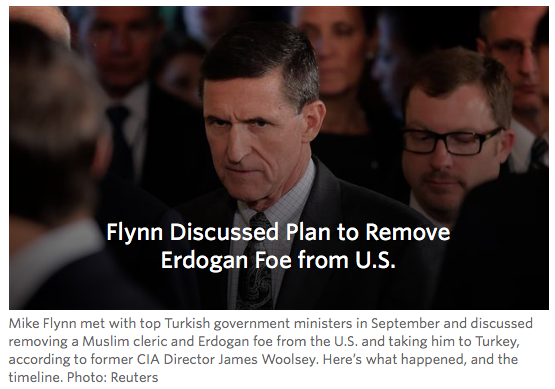 By Eli Watkins, CNN March 21st, 2017 Washington (CNN) Ivanka Trump will work out of an office in the West Wing and get a security clearance, a White House official told CNN Monday. CLICK IMAGE for direct link to story & video. Wash Post: As Ivanka Trump’s WH Roles Expands, Her Company is Sued For Unfair […]

By Peter Lance on March 17, 2017   Conflicts of Interest, THE RUSSIA-TRUMP CONNECTION

By Rosalind S. Helderman and Tom Hamburger March 16  Michael Flynn, who was forced to resign as national security adviser amid controversy over his contacts with Russia’s ambassador, collected nearly $68,000 in fees and expenses from Russia-related entities in 2015, a higher amount than was previously known, according to newly released documents. CLICK IMAGE ABOVE […] 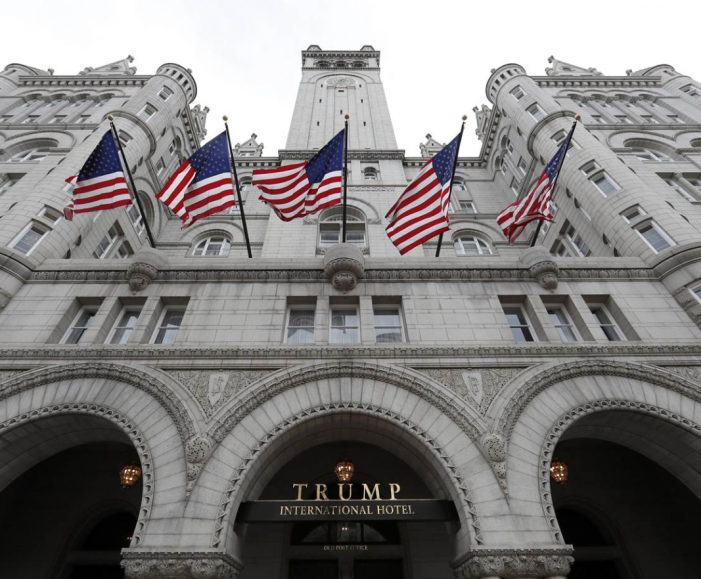 by RICH GARDELLA  and TRACY CONNOR MAR 9 2017 A Washington restaurant filed an unfair competition lawsuit Thursday against President Donald Trump and the company that runs his D.C. hotel, claiming he’s siphoning away customers who hope to “curry favor” with his administration. CLICK IMAGE ABOVE for link to story. Cork Wine Bar, a well-reviewed eatery about 1.5 […] 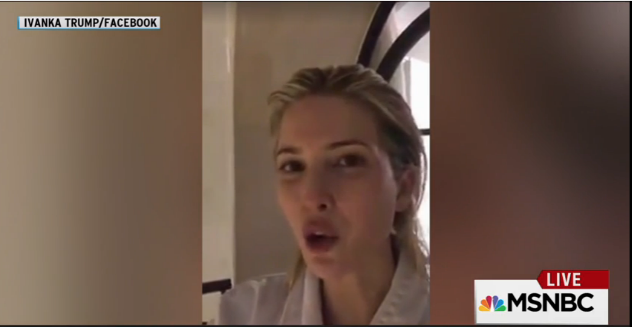 Rachel Maddow describes the reporting published in The New Yorker about a Donald Trump business deal that raises a lot of red flags about potential violations of the Foreign Corrupt Practices Act. Duration: 22:59 CLICK IMAGE for link to video.

By Peter Lance on February 28, 2017   45: THE BEST REPORTING, Conflicts of Interest, THE RUSSIA-TRUMP CONNECTION

THE RACHEL MADDOW SHOW 2/27/17 New Commerce Secretary at nexus of lucrative Trump Russian deal: With a line that runs through newly confirmed Commerce Secretary Wilbur Ross, Rachel Maddow connects the dots between a billionaire Russian oligarch and a Donald Trump deal worth tens of millions of dollars. Duration: 21:44 CLICK IMAGES for direct link to videos:    White […]

NYT: Why Being Donald Trump Jr., the Businessman, Won’t Be Easy 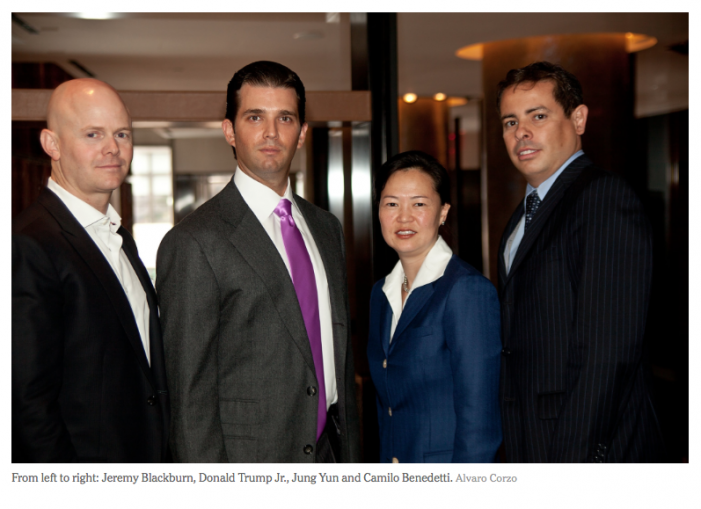 By BARRY MEIER and MATTHEW GOLDSTEIN FEBRUARY 23, 2017 Donald Trump Jr. struck a pose in this 2010 photograph befitting a serious young businessman on the rise.  CLICK IMAGE for link to story. When it was taken at the Trump SoHo hotel in New York, Mr. Trump was 32 years old and playing a growing role inside the […] 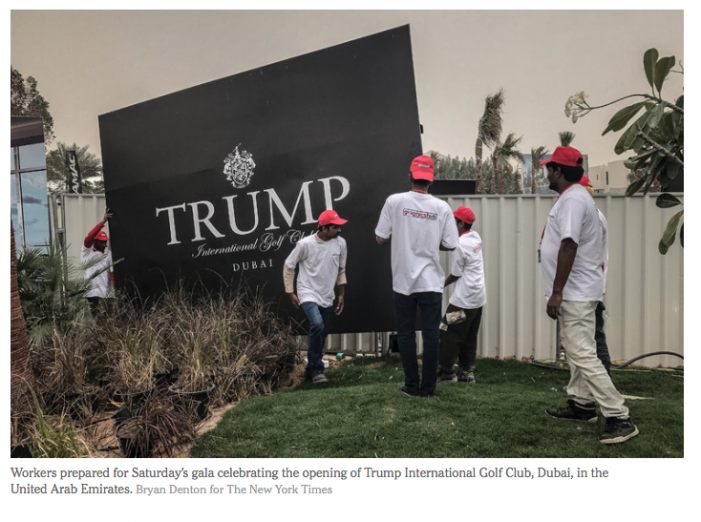 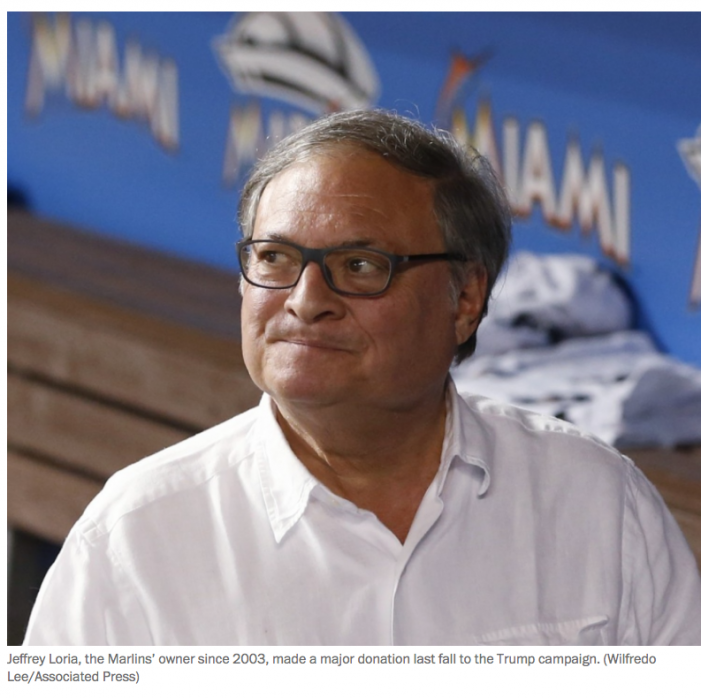 By Des Bieler February 15 at 10:30 PM Reports emerged last week that Jeffrey Loria had a “handshake agreement” to sell the Miami Marlins to the family of Jared Kushner, President Trump’s son-in-law and a White House adviser. However, news Wednesday that Loria is being “pushed” by another senior White House official for the position of ambassador to France […]