By Peter Lance January 11th, 2017. KellyAnne Conway faced off with Anderson Cooper Wednesday night in a heated exchange in which she reiterated President-elect Trump’s charge at his press conference earlier that CNN’s report Tuesday night on briefing documents shared by intelligence chiefs with Mr. Trump, President Obama and members of congress, amounted to “fake news.” CLICK IMAGE for the exchange.

But during her lengthy debate with Mr. Cooper on AC 360 Ms. Conway repeatedly and falsely claimed that CNN had a link on its report of the documents to a discredited BuzzFeed story. In fact, the BuzzFeed link was to a CNNMoney story by CNN’s Dylan Byers who merely reported on the controversy surrounding the docs, without linking to BuzzFeed’s piece.

In the course of Mr. Trump’s first press conference in more than 160 days, the President elect angrily shouted down CNN correspondent Jim Acosta, who repeatedly sought to ask a question relating to the CNN story. 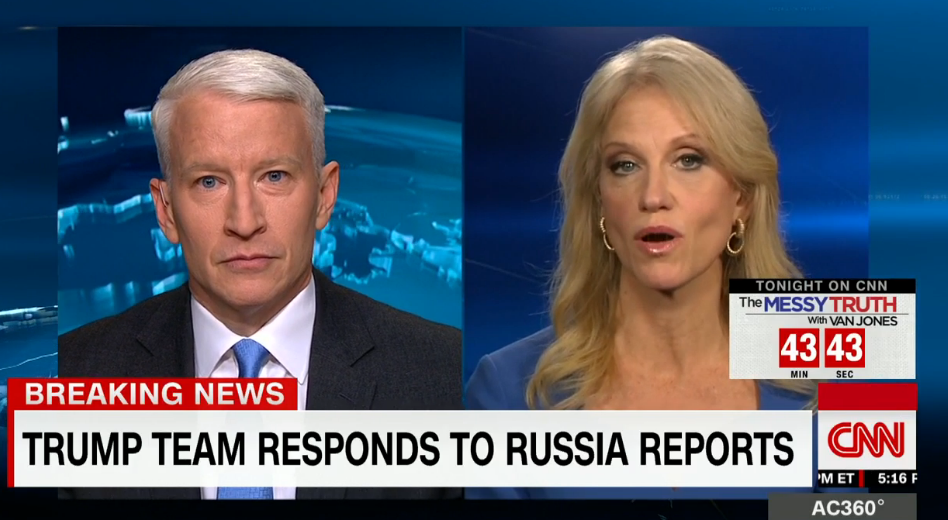