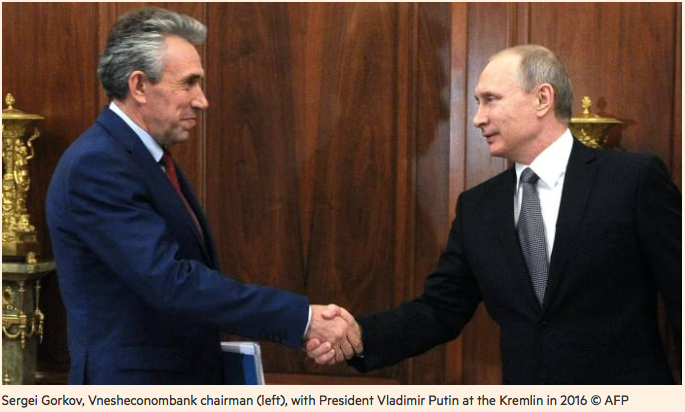 When President Vladimir Putin needed billions of roubles to build facilities for the Sochi Winter Olympics or fund spending in a region of Ukraine claimed by Russian separatists, he turned to Vnesheconombank (VEB).

So when it emerged that Jared Kushner, Donald Trump’s son-in-law and special adviser, had met the ailing state development bank’s chairman Sergei Gorkov in New York in December, it set alarm bells ringing with US investigators examining ties between Mr Trump’s inner circle and some of the Kremlin’s power-brokers.

Now an institution founded by Lenin, once chaired by Mr Putin and subject to international sanctions has been drawn into the spreading inquiry, widely termed “Russiagate”, as speculation continues over what Mr Gorkov and Mr Kushner discussed at the meeting just weeks before Mr Trump was installed in the White House.

Without a banking licence, central bank regulation or an independent board, VEB is not a bank in any conventional sense. Instead it is essentially an instrument of the Kremlin that has become a special-purpose vehicle to support priority projects from Moscow. 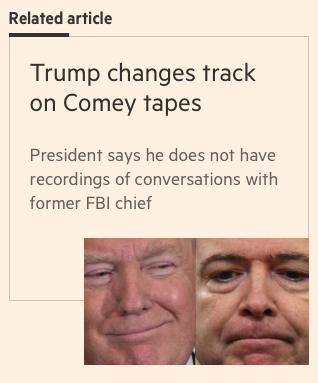 Mr Gorkov was last year chosen by Mr Putin to lead a turnround of VEB after it racked up huge financial losses. But bankers and analysts in Moscow say its difficulties are an inevitable consequence of decisions stemming from Mr Putin’s revamp of the institution a decade ago.

During the four years Mr Putin spent as VEB chairman while Russia’s prime minister, lending to support the Kremlin’s pet projects was ramped up, regardless of whether they were financially viable.

VEB’s leadership say this was necessary to support Russian business, especially after the financial crisis. “We supported projects that never would have had a chance of getting financing from anywhere else,” says a VEB executive.

The bank is not subject to central bank capital adequacy requirements and its board, currently led by Dmitry Medvedev, Russia’s prime minister, is made up entirely of government officials.

“You just call the supervisory board, they take a decision and then VEB invests in some projects which the government thinks are important,” says Karen Vartapetov, an analyst at Standard & Poor’s.

That approach led VEB to lend billions to fund construction work ahead of the 2014 Sochi Games, as well as spending $8bn on steel mills in disputed eastern Ukraine. Defaults on the Olympic projects and the conflict that broke out in Ukraine that year mean they now make up a significant proportion of the bank’s non-performing assets. 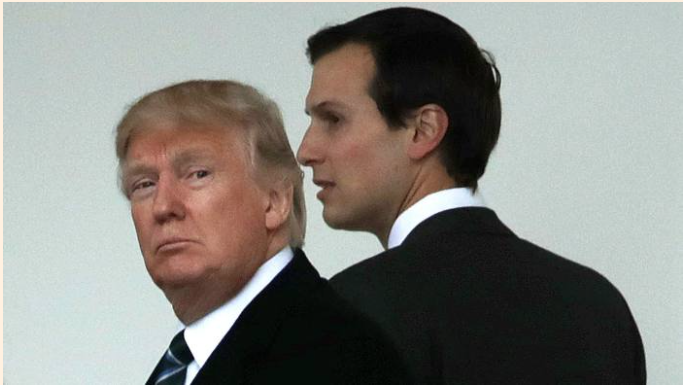 Problems came to a head when Russia’s slide into recession hampered the Kremlin’s ability to finance VEB, just as international sanctions — stemming from Russia’s interventions in Ukraine — on raising capital left the lender struggling to repay more than $18bn in outstanding foreign debt.

Mr Gorkov was the man chosen to clear up the mess. A graduate of Russia’s secret service academy, the 48-year-old was a senior executive at Sberbank, the country’s biggest lender, who won praise for overseeing the acquisitions of several European banks.

VEB made a Rbs116bn loss in 2016 and Mr Gorkov said last year that Rbs200bn of Olympic loans needed to be restructured. The government provides it with Rbs300bn annually for new projects, but is reluctant to bail it out, according to the VEB executive. “It’s not that they don’t have the money to bail out VEB, they just don’t want to,” he says.

Sergey Aleksashenko, a former deputy central bank governor now at the Brookings Institution, says denying funding to VEB is simpler than, for instance, cutting social spending. “[Mr Putin] cannot take away the salaries of teachers, doctors, KGB, police or the army. But if you do not fund VEB this year, nothing [bad] will happen.”

In the same month he met Mr Kushner, Mr Gorkov unveiled a new strategy to help VEB become profitable next year, which included plans to sell non-core assets and prune its loan book. 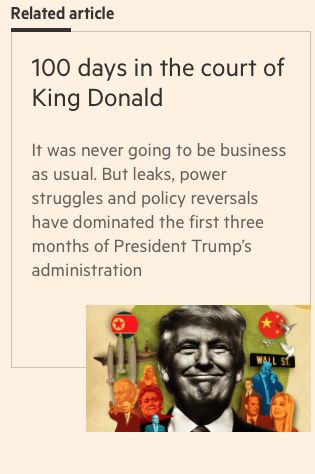 Mr Gorkov said in March that the meeting with Mr Kushner — arranged via Sergei Kislyak, the diplomat who serves as Moscow’s ambassador to the US — was part of a roadshow to promote this strategy. He declined to elaborate to the Financial Times in June. Mr Kushner says the pair met as part of the wide-ranging diplomatic role given to him by his father-in-law.

Analysts have speculated that Mr Gorkov may have been sent to New York to float the idea of partially rolling back US financial sanctions, which have hit VEB much harder than the main state lenders, which have excess dollar liquidity.

A senior executive at a state bank told the FT last year that Russia had lobbied the US to begin lifting sanctions on the financial sector. But as the probe into links between Mr Trump’s camp and Moscow has widened, the executive says the Kremlin abandoned that approach.

Despite the discrepancy in the descriptions of the meeting by the VEB and the White House, Mr Aleksashenko said it was unlikely that Mr Gorkov was there to discuss a business deal. “The bank has no cash, they have no capital, they have no funding from the markets or the government. In this situation you cannot finance big projects,” he says.

He adds: “Even if you are under sanctions, you hope that sooner or later sanctions will be removed”.